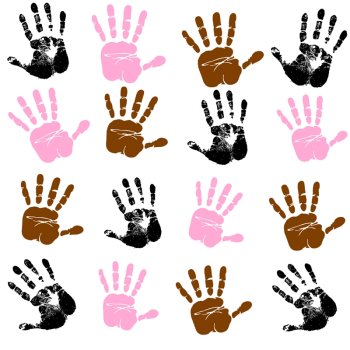 The National Secular Society has warned that state support for faith-based education is fuelling the separatism that creates the "chasm" between British Muslims and the rest of the population, highlighted in a new poll on Muslim attitudes.

The ICM poll of 1000 people, conducted for a Channel 4 documentary called "What British Muslims Really Think" has triggered warnings that Muslim communities are creating a "nation within a nation".

Stephen Evans, the Society's campaigns director, said: "Any serious attempt to tackle Britain's integration problem must involve the state reconsidering its blinkered support of faith schooling. It should instead focus on a truly inclusive education system that promotes a model of shared citizenship, in which everyone's human rights are celebrated, respected and robustly protected."

The ICM poll found that 52% of British Muslims disagreed that homosexuality should be legal in the UK and 47% thought that it was unacceptable for a gay person to teach their child in school.

While 90% of respondents opposed the idea of a caliphate, 23% support "there being areas of Britain in which Sharia law is introduced instead of British law". 24% were unsure, neither opposing nor supporting, and 29% strongly opposed sharia law existing in the UK. 39% think that "wives should always obey their husbands".

Trevor Phillips, the former chairman of the Equality and Human Rights Commission, said "the integration of Muslims will probably be the hardest task" ever faced by the UK.

He has said that the UK needs to adopt "a far more muscular approach to integration" to replace failed aspects of multicultural policies.

Phillips said that schools should not be "taken over by any single minority group" and advocated changing catchment areas to avoid ethnic and religious segregation. While only around 8% of UK Muslims live in the three local authorities with more than a 25% local Muslim population, the catchment areas of many schools lead to pupils from a Muslim background attending mono-ethnic, mono-faith schools.

Under the Government's free school initiative the number of Islamic schools directly funded by the state has more than doubled since 2011.

The National Secular Society said the poll underlined the need for a school system "that promoted integration not segregation".

"In addition to publicly-funded faith schools, many children from Muslim backgrounds are left languishing in independent schools which focus on religious indoctrination and have not, until recently, faced serious inspection or scrutiny.

"There is also the problem of illegal, unregistered schools, which can inculcate separatist beliefs in children and teach bigoted, supremacist views. Local authorities must actively work to identify these schools and close them down. Too many councils are refusing to examine the problem. Government agencies and local communities need to be engaged in this urgent task.

"All children growing up in Britain should be entitled to a broad and balanced secular education – and if they were, Britain would be a better place for it. This isn't a 'magic bullet' to fix the entrenched problems that exist, but it is an obvious and tangible first step towards a cohesive, integrated Britain. Recent governments have been very negligent in putting faith schools off the table."