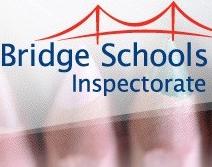 The National Secular Society has welcomed the news that the Bridge Schools Inspectorate (BSI) is to close, after strongly criticising the organisation for the extremist views of some of its inspectors.

Andrew Gilligan reported in the Telegraph on Sunday 14 June that the BSI will now "cease operations in October after coming under strong pressure from ministers and Sir Michael Wilshaw, the chief inspector of schools."

The NSS warned in May 2014 that "religious hardliners" were inspecting independent faith schools and wrote to Ofsted in a consultation response to express its concerns about links between the BSI and religious extremists.

NSS campaigns manager Stephen Evans commented: "There must be rigorous inspection of independent religious schools, with fair and impartial inspectors. It has been clear for a very long time that the BSI was tainted by association with inspectors who hold extreme religious views; the evidence has been out there for many years- so this is welcome, if long overdue, news."

The BSI was set up in 2008 to inspect private Muslim and Christian faith schools that are members of the Association of Muslim Schools UK (AMS-ULK) or the Christian Schools' Trust (CST). The NSS has consistently warned that it was wholly inappropriate to have faith schools reviewed by their own special inspectorate- and that many of the organisation's inspectors held extremely troubling views.

Lord Baker, the former Conservative Secretary of State for Education warned in 2006 "it'll be much easier for extremists to infiltrate [independent schools] and to radicalise the students" if Muslim faith schools were inspected by what he called "a separate inspectorate for Muslim schools."

The NSS has previously warned that "a number of the individuals carrying out inspections on behalf of BSI hold homophobic, misogynistic, anti-apostate and creationist views."

The Society noted to Ofsted in 2014 that: "One inspector highlighted in reports is Ibrahim Hewitt, who is the founder and chair of trustees of the Al-Aqsa school in Leicester. Mr Hewitt has been reported to have said that adulterers should be stoned to death, that a man can take on a second wife if his first fails to satisfy him sexually, and [he] has compared gay people to paedophiles."

The Telegraph report on the BSI said that "some schools [inspected by the BSI] use racist and anti-Semitic textbooks blaming the Jews for the ills of the world."

In one school rated as "good" by the BSI , the Telegraph reports that a teacher was secretly recorded telling children they must choose either "the way of the Prophet" or "the way of the kuffar."

The BSI has blamed "unforeseen staffing pressures" for its termination as an independent inspectorate.