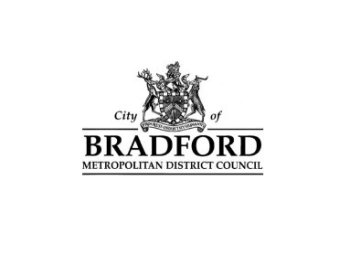 Naz Shah MP has told Bradford Council that they are in "denial" over unregistered religious schools that are operating illegally.

Her comments came after Ofsted chief Sir Michael Wilshaw suggested to council staff that they were being "naive" about the standards of education in the city and after he challenged them over the lack of "intelligence" the council had accumulated on unregistered schools in the area, the Yorkshire Post reported.

The Ofsted chief was so concerned about children in supplementary schools and illegal religious schools that he held a series of three meetings in Birmingham, Bradford and Luton.

In the meeting in Bradford Sir Michael also raised with council staff the significant numbers of children in the city who are 'missing' from the local education system.

Across the country it is thought that thousands of children have 'vanished' from the school system and entered into unregistered religious schools. At the end of 2015 Ofsted announced that it was preparing to prosecute the staff of several unregistered religious schools and Sir Michael warned at the time that "hundreds of children" in England were in unsafe conditions.

Bradford West MP Naz Shah said: "Mr Wilshaw called it naivety. I feel that would be a nice way to put it. I would say that there's some denial here."

In response to their concerns Bradford Councillor David Green said the council was "not aware of any" unregistered and illegal schools.

Despite widespread reporting of concerns about unregistered schools and a recent Department for Education consultation on the regulation of supplementary schools, Councillor Green said "Ofsted are concerned that there is a tendency for groups of parents to get together to jointly educate their children in an establishment or somebody's house, and that would be an illegal and unregistered school - and we are not aware of that happening".

He said he was not in denial or being naive, but was "concerned", and that Bradford had "real challenges" related to child safeguarding.

He conceded Sir Michael's point that "that there were questions about whether we were getting information and intelligence, and acting on that intelligence".

Councillor Green added, "Having seen that information and evidence, if [Ofsted] feel there are any shortcomings in our processes we will act on their advice.

"I am not naive or in denial, I am concerned about it. We need to be clear that Bradford in terms of education and child safeguarding has got real challenges, and we are tackling this issue."

Stephen Evans, campaigns manager of the National Secular Society, said that "across the country it is very clear that a deeply troubling number of students are being denied their right to a proper education, and that many are studying in unregistered schools and in unsafe and unhygienic conditions. We have been warning about this for some time and welcome government plans to tackle this unacceptable state of affairs."