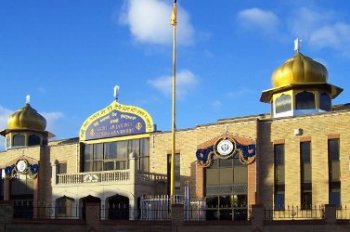 The Government has approved plans for a new Sikh ethos free school in Derby, despite the fact that the City Council has repeatedly stated that there is no need for new primary places.

The Council says "there are sufficient primary school places" in Derby already and that provision of primary places is under "rigorous management".

Despite the Council stating that "additional primary places are … not currently required in the city" the Government has moved forward with plans to open a Sikh ethos school, the Akaal Primary school, with 420 places.

The Councillor responsible for education and skills, Sarah Russell, commented: "The Council has been strategically managing the need for school places, and as result of this forward planning, Derby has sufficient primary school places."

In spite of repeated assurances that new school places are not required, the Department for Education has written to the Council requesting that land be handed over for the new school.

Stephen Evans of the National Secular Society commented on the case: "The NSS makes the principled case against faith schools, that students shouldn't be segregated by faith, that taxpayers shouldn't have to fund religious activity, that faith schools damage social cohesion and that minority faith schools lead to segregation by ethnicity.

"But there is also a very strong practical argument as well. In a situation like this where there is no need for new school places and where the council have clearly assessed their provision of primary school places, why should the taxpayer have to foot the bill for a school that obviously isn't required?

"How does it support a localism agenda to overrule the judgement and planning of a local Council?

"The Council have indicated that they are reserving the requested site in case new places are needed in future and existing schools need to expand. This makes much more sense than taking the site now and tying it to a religious affiliation; excluding non-Sikh children or else expecting non-Sikhs to attend a faith school which is not in accordance with their beliefs or those of their parents'.

"There are other cases of Sikh schools being opened where they are not needed and being badly undersubscribed. It is a shame that the Government seem to insist on making this same mistake again."