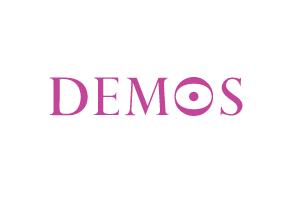 Research by the think tank Demos has warned that British schools are "highly segregated" and that "some faith schools effectively exclude other ethnic groups."

The researchers write that "religious identities often overlap with ethnic identities and therefore some faith schools effectively exclude other ethnic groups." They add that "ethnic mixing" for minority religious groups is very limited in faith schools.

The Demos analysis noted research that found "schools were more segregated than the local neighbourhoods that they served" and that religious minority schools could be particularly segregated. The report argued that the school system is 'strengthening' the "residential segregation" that exists in Britain today.

NSS campaigns manager Stephen Evans commented: "The de facto ethnic segregation in the school system, along overlapping religious-ethnic lines, is highly problematic and particular concerning in view of Britain's future as a multi faith and ethnically diverse society. We do not want to be in a situation where different ethnic and religious groups are living 'parallel lives'.

"Every opportunity should be taken to enhance integration and social cohesion. Education represents by far the best opportunity, but it's an opportunity that has been wasted by the refusal of successive governments' to question faith-based education. The prominence of faith schools and the prospect of more minority faith schools through the free schools programme represents a dangerous step in the wrong direction.

"An obvious first step in tackling this would be a moratorium on the opening of new faith-based schools and for the DfE to only provide funding for truly inclusive schools that aren't based around religious identities."

This 'segregation' in minority schools is so severe that over half of Muslim state schools and 80% of Sikh state-funded schools have no White British pupils. There is also under-representation of Asian pupils in both Catholic and Jewish schools.

The Demos report also pointed to research indicating that "prejudices associated with particular cultures, such as Indian caste divides, have been imported to the UK" and that this was "potentially creating tensions at school."

According to the report, between January 2007 and September 2014 eleven new Muslim schools were opened, as were eleven Jewish and six Sikh schools.

Additionally, Demos note that while faith school pupils do slightly better than non-faith school students in achieving 5 or more A* to C grades at GCSE (64% to 60%), faith schools have significant advantages: "pupils in faith schools are less likely to be eligible for free schools meals and more likely to have a strong academic record prior to secondary school", they write. Because of these advantages, the 4% difference in A*-C GCSE attainment is "not surprising".