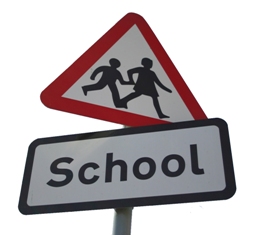 Leeds City Council has been ordered to hand over a former primary school site worth almost £1 million to enable an undersubscribed Sikh free school to relocate.

Leeds was considering plans to use the former primary school site as the premises for a new special needs school, but the Department for Education has ordered the site to be transferred to the Khalsa Education Trust for free.

The Trust in question runs the undersubscribed Khalsa Science Academy, a Sikh-ethos free school. The Academy has 10 spare places at present and, according to the Yorkshire Post, out of the 12 Leeds pupils in the academy's reception class just three had chosen the Sikh academy as their first preference school.

The academy is currently based in temporary premises and hopes a permanent location will allow it to attract more pupils.

Regardless of the lack of demand for the school and despite huge pressure on school places locally, the Department for Education is using its powers under the Academies Act 2010 to force the council, which owns the site, to hand over the property. The Department will not compensate Leeds City Council for the loss.

Lord Nash, the Parliamentary Under Secretary of State for Schools, says the move will have a positive impact on community relations. In a letter to the council, Nash wrote that any "negative effect" on special needs pupils is "outweighed by the benefits of providing greater choice for parents who may be seeking a Sikh ethos education."

Concerns have been expressed locally that the site will now be used to house a very small number of students, many of whom did not opt for a Sikh ethos school in the first place.

Local councillors say that demand for the Sikh-ethos school is demonstrably low in the area. One councillor said: "we are concerned with providing school places in the areas of greatest need and Khalsa's numbers so far give us cause for concern."

Mark Rudd, a local school governor who contacted the National Secular Society (NSS), said: "Given the shortage of school places in the area this is a patently ridiculous and politically driven decision from the very top of government."

Another Leeds school, in this case a Jewish free school, attracted just 8 pupils when it opened with "state-of-the-art" facilities earlier his year. Only 11 are thought to have joined since. The government had provided £3 million to open the school. According to the Yorkshire Evening Post the school "has fewer children across two year groups than many secondary schools have in a single class."

NSS campaigns manager Stephen Evans, said: "It beggars belief that the government has ordered that the land be given over to a faith based school where there appears to be little demand for one. The decision appears to be ideologically driven and makes a mockery of the government's localism agenda. Once again we see the wishes of religious organisations placed above the very real needs of children and families. Where school places are needed, they should be created in inclusive secular schools – not faith based schools that have the effect of dividing local children along both religious and ethnic lines."

In 2013 a site for another Sikh faith school in South Buckinghamshire village of Stoke Poges was purchased by the DfE for a reported £4.5m. The Khalsa Secondary School is now the subject of a legal dispute concerning Eric Pickles' decision to grant approval for the use of site for school despite objections from the Parish Council and local residents.

The school caused controversy earlier this year after children were allocated places at the undersubscribed school against the wishes of their parents.