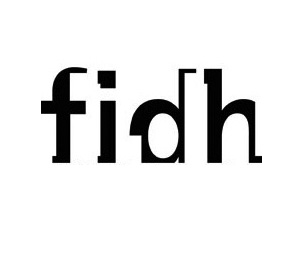 The International Federation for Human Rights (FIDH) has warned the Organisation of Islamic Cooperation (OIC) against pushing once more for a global blasphemy law.

Ahead of a conference on combatting religious intolerance, the FIDH has sent out a strong warning against any attempt to ban "defamation of religion".

The OIC is to host the conference from 3-4 June 2015, on the 2011 UN resolution about combatting "intolerance, negative stereotyping and stigmatization" of people based on religion and belief. The resolution was aimed at challenging discrimination and "incitement to violence and violence against … persons based on religion or belief".

However, there are concerns among human rights and secularist groups that the OIC will use the conference to make another attempt for a global blasphemy law, or for other similar restrictions on criticising and discussing religion.

The FIDH say the concept of "defamation of religion" is "incompatible" with human rights. "Religions, like all beliefs, cannot be said to have a reputation of their own", they note. The International Federation for Human Rights said the concept had been "clearly invalidated" and was the "worst option".

Additionally, the FIDH warned the OIC that "debates on the border between free speech and hate speech, and on what type of hate speech should be criminalized, already reached conclusions."

The FIDH said that any attempt to go beyond current UN agreements "would be tantamount to attempting to criminalize freedom of expression with regard to religious issues."

"Open, public debate of ideas (including on religions or beliefs) can include criticism of religion; it cannot be equated with advocacy of religious hatred that constitutes incitement to discrimination, hostility or violence. All religions and beliefs can be subject to criticism, and none is 'shielded' by international law."

On the subject of combatting religiously motivated hatred, the FIDH argued that blasphemy laws are "counter-productive" and instead argued that "dialogue, debate, and also criticism, are constructive, healthy and needed".

NSS spokesperson Benjamin Jones commented: "Whether it is called a blasphemy law or 'defamation of religion' is largely immaterial: the effect would be the same. It must be opposed if the OIC go down this route again.

"We hope that the UN remains committed to the current resolution, which challenges religiously-motivated bigotry and violence, while defending freedom of expression."

The FIDH also drew attention to "growing intolerance and numerous incidents of violence against members of minority religious groups or beliefs, including atheists and agnostics".

"States that recognize a specific religion or belief as official need to address issues that arise from this situation, in particular the fact that members of religious minorities or free thinkers, atheists and agnostics may be prevented from manifesting their religion or belief for fear of being targeted by state and non-state actors. In this regard, state authorities have not only an obligation to respect the fundamental rights and freedoms of every individual but a duty to protect all individuals from discrimination, hostility and violence, including from non-state actors."

At a meeting of the European Parliament Platform for Secularism in Politics in February, NSS executive director Keith Porteous Wood warned against the "15 year project by the Organisation of Islamic Cooperation to have defamation [of religion] made an international law".