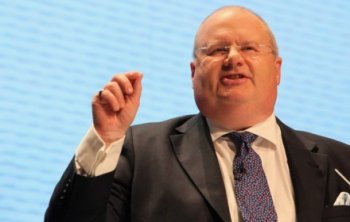 The removal of Eric Pickles from the post of Secretary of State at the Department for Communities and Local Government (DCLG) has been welcomed by the National Secular Society.

The former Communities minister, himself a Christian, has also insisted Britain is a "Christian nation" and that "militant atheists" should "get over it" and not impose their "politically correct intolerance on others."

Mr Pickles has now been replaced at the Department for Communities and Local Government by Greg Clark MP.

Stephen Evans, National Secular Society campaigns manager, commented: "Eric Pickles frequently misused his position to evangelise and wilfully misrepresent secularism. We hope the new Secretary of State for Communities and Local Government will take a more conciliatory and inclusive approach, and recognise that in our religiously diverse society - in which a majority of people do not consider themselves to be religious, secularism is a pre-requisite to the creation of a society in which people of all religions or none can live together fairly and cohesively.

Mr Pickles, the MP for Brentwood and Ongar, has now left the cabinet to become 'anti-corruption tsar'.

The vacant Minister for Faith role, inherited by Mr Pickles and originally created for Baroness Warsi, has not yet been filled. It is unclear if the post will be abolished, something the NSS has called for.

Mr Evans added: "We hope the 'Minister for Faith' role will be left unfilled. The post was a nonsense in the modern, multi-faith and largely irreligious Britain that exists today. Most people aren't religious; and those that are shouldn't be privileged with a special ministerial role to promote a religious agenda in Government."

Meanwhile, Caroline Dinenage, the MP for Gosport who previously said the state had "no right" to redefine marriage, and who voted against same-sex marriage, has been appointed Minister for Equalities. Since her appointment, Ms Dinenage has stated that she now supports same-sex marriage equality and LGBT equality.