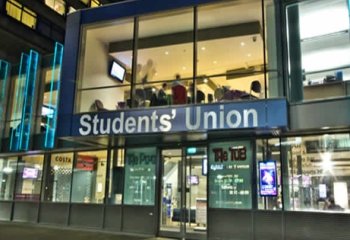 Bath Student Union has defended their decision to cut 'blasphemous' material from a student group's comedy show, saying that it is "normal practice" for Student Union officers to edit scripts.

The Student Union removed material from a Comedy Society production in April 2015, and told organisers that they couldn't mention Mohammed "at all." A scene featuring Jesus also had to be removed, and members of the Society were "unofficially" threatened with disciplinary action if they performed the material as originally written.

The Union consulted with university chaplains, who denounced a scene featuring Jesus, and who then took their complaints to the Secretary of the University.

The Union has now said that "the SU Activities Officer worked with the production team, having consulted a variety of stakeholders, to review the script and requested some edits to be made."

Stephen Evans of the National Secular Society commented: "Why are the chaplaincy considered 'stakeholders' in this story? You wouldn't ask the local Conservative Party Association for permission to make jokes about David Cameron. Why should jokes about religion require approval from local religious figures? It's absurd."

The Bath Atheist, Humanist and Secular (BAHS) Society wrote an open letter in protest at the Union's decision, and said they were "confused by the inclusion of the Chaplaincy in this affair." They added, "as an organisation independent from the Students' Union we cannot understand why the Activities Officer approached them with the script, or indeed why the Chaplaincy should have any influence on the SU's decisions whatsoever."

Despite the furore, the organisers insist that their work was not "mocking" religion and that they had "worked very hard" to make sure "people of all faiths and backgrounds" could enjoy the show.

The Union has issued a statement explaining that the SU is a, "a membership organisation with members from a range of different faith, social and cultural backgrounds, and operates within an agreed set of Values."

They argued that these values "clearly demonstrate the SU's commitment to ensuring an inclusive, welcoming and friendly environment for the entire student community."

The "values" of the Student Union include being "student-led", 'empowering' students, "promoting a sense of fun and enjoyment" and "creating an environment where new ideas are encouraged."

Stephen Evans added, "in this case the Union seem to be in breach of their own 'values'. Rather than being 'student-led' they have strangely deferred to the chaplaincy, rather than empowering students they have censored them, and instead of encouraging new ideas they seem intent on preserving very old ones.

"Frustratingly, the Union's statement seems to be deliberately vague, and doesn't engage at all with the debate about free speech. They again use 'inclusivity' as a reason to curtail artistic expression; something we criticised them for when the story first came to light."

See also: It should be politically impossible for universities to enforce blasphemy laws