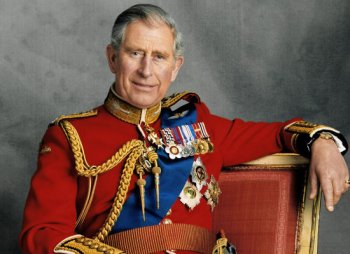 Prince Charles has stated that he will retain the monarch's traditional title as "Defender of the Faith" as King, whilst "ensuring that other people's faiths can also be practised."

During an interview, the Prince denied long-running speculation that the title, which has been in continuous use since 1544, would be amended to encompass all faiths and religions. It had long-been reported that Prince Charles was to change the title to omit "the", rendering it as "Defender of Faith" upon his accession to the throne.

The Prince said that although he would "rather be seen as 'Defender of Faith'" because he was concerned "about the inclusion of other people's faiths and their freedom to worship in this country", this was compatible with the original, traditional wording.

The Prince had earlier considered adopting the title "Defender of the Faiths", to incorporate other religions into his Coronation, before proposing "Defender of Faith" which he has now also rejected. Prince Charles said that his earlier comments on amending the title had been "frequently misinterpreted" and, referencing a speech made by the Queen in 2012, said that the Church of England's purpose "is not to defend Anglicanism to the exclusion of other religions", but rather the Church "has a duty to protect the free practise of all faiths in this country."

He added that he had his own Christian standpoint, as "Defender of the Faith", but stated that this was compatible with being a "protector of faiths" more generally.

The coronation oaths, deriving from legislation that is over 300 years old, require the new monarch to swear to "maintain the laws of god, the true profession of the Gospel" and maintain the privileged status of the Church of England.

The National Secular Society has called for a fundamental review and redesign of the oaths to make them more inclusive and appropriate for the modern era.

Stephen Evans, NSS campaigns manager said: "There have been two major changes in society since the Queen came to the throne. Firstly, there is now a vast number of people who do not identify with any religion; and secondly, there is a wide variety of religions and denominations in the modern UK.

"Changing the monarch's title to 'Defender of the Faiths' or 'Defender of Faith' would acknowledge one of these trends, that we now live in a multi-faith society, but neither of these titles, nor the retention of the original wording, acknowledges that we now live in a country where – according to the Social Attitudes Survey – the majority of citizens do not subscribe to any religion.

"The monarchy has a long history of adapting as society changes; it must now be time for the institution to adjust to the fact that a large proportion of Britons are non-believers. Ideally, that would mean the head of state not have any constitutional entanglement with religion – or religions."