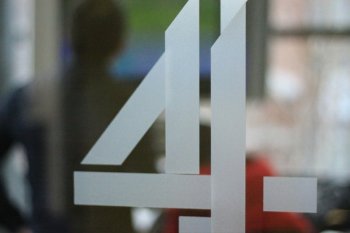 Channel 4 has responded to criticism of its censorship of the Jesus & Mo cartoon by saying it did not want to cause offence to its audience.

Rather than respond directly to an open letter from the National Secular Society, Channel 4 replied with a standard letter sent to all those who complained about its redaction of the cartoon depiction of the Prophet Mohammad.

The letter, from Steve Reynolds of Channel 4 Viewer Enquiries, reads:

As we are sure you can appreciate, this is a very sensitive subject for many viewers. Channel 4 News editorial staff gave great consideration to the issues involved and believe that they reached a fair and balanced judgement, weighing up the potential for offence to some viewers by showing the depiction of the Prophet Mohammed and the necessity of showing the cartoon in full.

The senior editorial team decided that the showing of the entire illustration, whilst likely to cause offence, was not integral to the story, and therefore took the decision to pixelate. Whilst we acknowledge your views, we believe that on balance this was the correct decision and as a rule, where we consider the likelihood of significant offence to our audience, we will attempt to mitigate against that. As to not pixelating the image of Jesus, it was not felt that the same level of offence was likely to be provoked as the image is commonly depicted in cartoon form.

We appreciate you taking the time to contact us and be assured your comments have been logged for the information of our News team.

Terry Sanderson, president of the National Secular Society, commented: "The claim that showing the entire illustration was 'not integral to the story' is ludicrous. It was the story. The truth is that Channel 4, like so many others, is intimidated and afraid of the reaction from violent extremists. Such extremists have got this country in a fearful stranglehold that is gradually destroying our commitment to freedom of speech. We may have abolished the blasphemy law, but who needs it when the same effect can be achieved by terrorising people?"

Mr Sanderson said that Channel 4 should be ashamed of itself for capitulating in this way to supposed 'sensitivities' that it does not respect in any other context. "Channel 4 does not hesitate to create controversy and offence in its other output, indeed it prides itself on doing so."

Meanwhile, the Muslim Association of Britain is now attempting to work this controversy up into a similar level as the Danish cartoon controversy by issuing a condemnation of the cartoon.