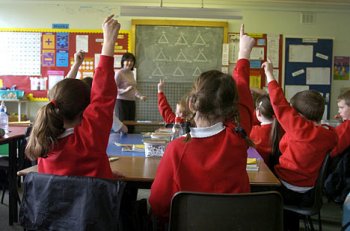 A Christian group has been touring schools in Sussex telling children frightening untruths about the supposed consequences of abortion.

Lovewise has been telling pupils in religious and community schools that abortion causes holes in the womb, depression and infection and that women who have abortions are twice as likely to get breast cancer.

Lovewise is based in Tyneside and has branches around the country. Its Director, Dr Chris Richards, said that the group had run "a handful" of sessions in schools around Sussex. He declined to say which ones.

But he told the Brighton Argus: "I'm not going to pretend we are morally neutral because we are Christians teaching Christian values."

Schools invite the group to give presentation of up to an hour to children from year 5 to 11.

Bill McIlroy from the Brighton and Hove Humanist group told the paper: "Preaching in Christian schools is one thing because parents know what their children are going to be taught. But teaching such stuff in community schools is disgraceful.

Kate Smurthwaite, the vice chair of the Abortion Rights group, said: With this move towards free and faith schools, the Government has less and less control over the curriculum and what goes on in our schools. To teach this stuff to children who are extremely impressionable is just plain wrong."

Dr Richards added: "Schools are no longer educating children about marriage and relationships, so that's where we come in."

Terry Sanderson, president of the National Secular Society, commented: "More and more of these extremist religious groups are targeting schools. At the NSS we receive a constant stream of complaints about their activities. Surely schools are capable of exercising some kind of quality control over who they expose their pupils to. A quick look at the websites of some of these groups should ring alarm bells – even though they sometimes very cleverly conceal their real agenda."