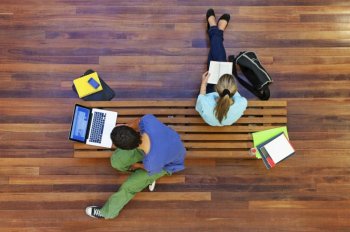 The Church of England's emerging plans to expand their role in sixth form and further education colleges, accompanied by empire building and evangelism, may undermine the secularity and inclusivity of this sector, argues Alastair Lichten.

The Skills and Post-16 Education Bill has attracted little media attention. Compared with other wide ranging government proposals that could increase religious control of education, the bill has been seen more as a technical tidying up exercise. Those opposed to any religious discrimination, privilege or control of state education have traditionally had few worries about the further education (FE) sector.

The bill introduces the ability for the small number of faith-based sixth form colleges to convert into to 16-19 academies, and join faith-based multi-academy trusts. However, we grew more concerned when it emerged that the government's "main success indicators" includes: "…in future faith bodies applying to establish (new) 16-19 academies".

This, coupled with our concerns over the Church of England's (CofE) efforts to expand its influence over the wider FE sector, led us to dig deeper into their lobbying and meetings with the Department for Education surrounding the bill.

The CofE acknowledges that it has little to no experience in the FE sector but sees it as an important area of evangelism to "build a younger and more diverse church" and "engage with a missing generation".

We have uncovered the CofE's "Action Plan for FE Partnerships following a roundtable meeting with the Secretary of State for Education and the Archbishop of York". This provides new insight into the Church's hoped-for "market warming" process.

The first of the CofE's two key aims is to "reimagine chaplaincy provision" across FE, where there currently remain "only a handful of full-time college chaplains". FE and sixth form colleges already have a cadre of professionally-qualified and committed staff who work diligently to enhance the welfare and wellbeing of students of all backgrounds, abilities and aspirations, and of all faiths or none.

Religious organisations are to be commended for providing spiritual support to college pupils who request it. Secular welfare professionals in FE require a high degree of cultural literacy and should always be prepared to make referrals in the very rare cases where pupils request religion-specific support. But for the CofE, waiting for young people to voluntarily come to them is a losing game.

Employing unqualified chaplains whose first loyalty is towards their theology diverts funds from, and creates potential for conflict with, the open and inclusive support provided by professional welfare services. The recent case of a chaplain sacked by Trent College in Nottingham for putting personal belief above the school's open policy on diversity is but one example.

In an unsuccessful bid last year, the CofE requested funding for chaplaincy provision at 12 colleges from the College Collaboration Fund. The CofE's action plan involves seeking "some indication of the background to that decision", presumably beyond that offered to other applicants without such privileged access to government ministers. It admits that the application for chaplaincy funding "formed a significant early element in the 'market warming' process" for their expansion into FE. The CofE clearly feels entitled to "the DfE's assistance, to rapidly explore alternative funding opportunities".

The CofE's long term aim is to create a "formal Church group of FE colleges", one "where ethos is a binding factor" similar to their network of state funded faith schools. Because very few new colleges are likely to be funded, the CofE's plan is to expand its influence over existing institutions by identifying "those colleges who are positively responding" to its chaplaincy and other outreach. The Church may frame its empire building as benevolent outreach to a neglected education sector. But it's getting a foot in the door with no reflection on whether an exclusive faith ethos is wanted, necessary or appropriate.

For many pupils, attending a FE or sixth form college will be their first educational experience outside of a faith school, or with far greater diversity. The CofE acknowledges that "the FE sector is culturally, religiously, and ethnically very diverse" and that "it is sometimes put, FE Colleges are secular institutions". However, its proposals attack the predominantly secular approach that underpins such successful diversity.