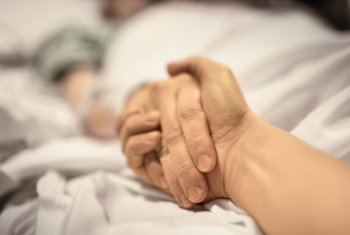 Later this month peers will debate a new Assisted Dying Bill. The bill, tabled by Molly Meacher, would legalise assisted dying as a choice for terminally ill, mentally competent adults in their final months of life.

By Baroness Meacher's own admission, the bill is "very conservative" and "modest in its scope". Two independent doctors and a High Court judge would have to assess each request, which if granted would enable a terminally ill person with six months or less left to live, to end their life in a manner, time, and place of their choosing.

For some people, the proposed law is too restrictive. Groups such as My Death My Decision argue that choice should be limited not only to those with terminal illnesses but also available to those facing intolerable suffering, as is the case in Canada. But this is not what the bill before parliament proposes.

Despite the bill's narrow scope and stringent safeguards, religious lobby groups are mobilising to oppose it.

This is because a key driver of opposition to greater patient choice at the end of life is the religious idea that God gives and takes life away. The prospect of this being overridden has led the Catholic Bishops' Conference of England and Wales to call the proposed legislation an "unprecedented attack on the sanctity of life". They would prefer all matters of life and death to be left in God's hands.

That may be their view, but it isn't a rational, compassionate, or legitimate basis for policy making. It's not for the state to impose religious dogma on citizens.

Anti-choice activists know this. Their opposition is therefore often framed in secular political or philosophical language. This is of course legitimate. Indeed, as Barack Obama once pointed out, "democracy demands that the religiously motivated must translate their concerns into universal, rather than religion-specific values."

But one downside of this is that it can distort the debate. Dire warnings about the coercion of disabled, elderly, sick or the depressed can mask true motivations for opposing a change in the law. In dressing up religious objections as secular concerns, rather than seeking ways to mitigate potential risks of legalising assisted dying, opponents can exaggerate the risks, weaponising them to spread fear.

For example, evangelical Christian Danny Kruger MP, chair of the All-Party Parliamentary Group for Dying Well, has written to all parliamentarians warning of "widespread euthanasia of the elderly and disabled" if this bill is enacted. The group's website makes no mention of religion, but it's no coincidence that almost all its officers are committed Christians.

Another new anti-assisted dying campaign, 'Better Way', also warns that safeguards will be "completely ineffective". You have to look very hard on their website to find out the campaign is a front for CARE, a Christian charity with theological objections to reform.

Suffering people who would benefit from a change in the law deserve better. That's why it's important to have an open and honest public debate. The British Medical Association's decision to move to a neutral stance on physician-assisted dying is helpful in this regard – as it will enable doctors to fully participate in the debate. And an honest and sincere expression of religious motivations would provide context and enable better assessment and scrutiny of arguments against assisted dying.

But it's worth noting that many religious people support a change in law. A Populus survey commissioned in 2019 found that 80% of religious people supported the legalisation of assisted dying for terminally ill adults with mental capacity. Religious lobby groups and leaders (including the Anglican bishops with a law-making role in the House of Lords) are, as is often the case, out of step on this one.

But for many religious people, such questions are essentially religious ones. For some, their compassion will lead them towards wanting to relieve suffering where possible. But for the more dogmatic, a belief in the sanctity of life makes it hard to accept that individuals should have agency to exert control over the beginning or end of life. They feel this is God's responsibility, not ours. Speaking on the NSS podcast recently, Baroness Meacher recalled a conversation with an archbishop in parliament in which she stressed the importance of autonomy. "I don't know that I believe in autonomy," replied the archbishop.

It's fine for faith to guide the personal decisions of the faithful, but religion shouldn't restrict the freedoms and choices of others. Patient autonomy should be the key guiding principle.

On Friday 22nd October, peers in the House of Lords will debate the bill at its second reading. Religious opponents to assisted dying are making their voices heard. If this bill is to progress to the next crucial stage, it's important that secularists make their voices heard, too. Only then can we overcome the influence, power, and funding of the small, vocal minority who stand against change.

That's why the National Secular Society has teamed up with Dignity in Dying to share their online platform to write to peers in the House of Lords.

There is now overwhelming public support for the law to be reformed to enable assisted dying with robust legal safeguards. As is happening in an increasing number of jurisdictions around the world, legislation can be passed that will fulfil a dual purpose: To protect vulnerable people from pressure to end their lives; whilst supporting people to exercise their autonomy and end their suffering in a humane and dignified manner.

Please help make the case for a change in the law here.