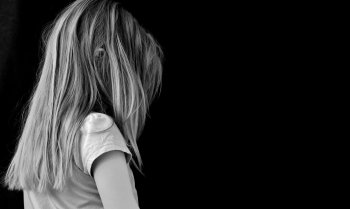 An inquiry's report has highlighted the barriers which regulators face in dealing with child abuse in religious charities. Megan Manson says this should prompt reforms – including in how charity law deals with religion.

Religions have a privileged place in charity law. 'The advancement of religion' is a recognised charitable purpose under the Charities Act 2011, which means an organisation can effortlessly become a registered charity by virtue of promoting religion.

As a result, an immense number of religious organisations are registered charities. There are approximately 34,000 faith-based organisations registered with the Charity Commission for England and Wales – about 20% of all charities.

These figures were included in the Inquiry into Child Sexual Abuse (IICSA)'s recent report on child protection in religious organisations and settings. It's not surprising that so many faith groups take advantage of their privileged status in charity law. Becoming a registered charity endows significant tax benefits, including the potential to claim Gift Aid.

Many would expect that an organisation given generous tax exemptions would be robustly regulated to ensure it adheres to the highest professional standards – including, of course, safeguarding the welfare of children. The public has a right to regard charitable status as a 'seal of approval', a mark that a charity is properly regulated and managed to high standards of ethics and professionalism. But IICSA's report suggests there is a yawning gulf between these expectations and reality.

In its analysis of inspection and oversight of religious organisations, IICSA found that the Charity Commission can do very little to help keep children safe in religious settings.

According to IICSA, registration with the Charity Commission "does not amount to quality assurance of its conduct". This includes matters of safeguarding.

The commission expects all registered charities to have child protection policies, but it does not routinely ask for them or require them to be provided. Indeed, the commission "has no discretion to refuse to register a charity if there are concerns about the charity's safeguarding arrangements or policies", except in "extreme cases where an organisation may fail the public benefit requirement". And as the National Secular Society's 2019 research highlighted, the threshold to meet the public benefit requirement appears quite low – especially for religious charities.

Furthermore, the commission has no role in investigating individual incidents of abuse. It does not have "the resources or the powers" to provide an auditing mechanism.

The commission told IICSA that it often relies on information in the media or complaints from the public, because not all charities use the system of reporting 'serious incidents' consistently or at all. Perhaps due to this lack of reporting, only "a very small minority" of statutory inquiries undertaken by the commission relate to child protection in religious settings. Between April 2014 and November 2019, only 13 of the 622 statutory inquiries which were opened related to safeguarding in charities whose objects included 'religious activities'.

As IICSA put it, the commission "cannot and does not monitor the policies, practices and procedures of each individual charity in the way that an inspectorate would".

So one has to ask: if the Charity Commission is unable to regulate issues of safeguarding in religious charities, what is the point of a regulator in the first place?

It should be stressed that the Charity Commission's inability to tackle child abuse in religious charities is, for the most part, not its fault. It's the system that's at fault.

On the one hand, the commission is deprived of both the resources and the legal powers to adequately tackle child abuse in charities. On the other, charity law creates a legal duty for organisations with a turnover of over £5,000 a year that provide services defined as "charitable" in law to register with the commission. This essentially means any organisation meeting the financial threshold that could be considered to be 'advancing religion' must, by law, register with the commission.

Consequently, every month the commission is swamped with hundreds of new charities on its register. Between 1 January and 1 September this year, 2,670 new charities were added to the register, of which 575 had charitable objects classified as 'religious activities'.

The lack of resources and legal powers, combined with a law that's geared towards constant inflation of the charity sector, mean the commission is likely to find itself increasingly ill-equipped to handle safeguarding issues in charities. And if the commission is to play a greater role in keeping children safe, there will also need to be considerable reforms both within the commission and in wider charity law.

The Charity Commission must make it easier for members of the public to file a complaint. At present, it says members of the public must "complain directly to the charity first" about any concerns they have. But there are numerous reasons why a complainant may not want to complain to the charity or its trustees directly, or why to do so would be completely ineffective. This is particularly true when it comes to safeguarding issues. In fact, complaining to the trustees before reporting a charity to the commission may make it harder for the commission to investigate, as giving the charity a 'heads up' may prompt particularly unscrupulous trustees to conceal or destroy evidence of wrongdoing.

We must also consider removing 'the advancement of religion' from the list of charitable purposes in the Charities Act. The public benefit of advancing religion is no longer recognised by a large proportion of the public, and the teachings and activities of some religions are regarded as harmful by many. Some of the ideologies promoted by religious organisations can in fact contribute to safeguarding problems – for example, IICSA highlighted the patriarchal nature and censorship of any matters relating to sex as barriers to effective reporting of child abuse allegations.

Removing 'the advancement of religion' would not, and should not, prevent religious organisations that provide a genuine public benefit from securing registered charity status, as they can register under another charitable purpose. But it would result in groups that are only interested in promoting their religion no longer being eligible for registration. This would help to slim down the bloated charity sector by ensuring only those organisations that do provide a public benefit can register, significantly cutting the number of charities the commission has to regulate.

And this in turn would give the Charity Commission greater capacity – enabling it to work more effectively in protecting children in all charities, religious or not.