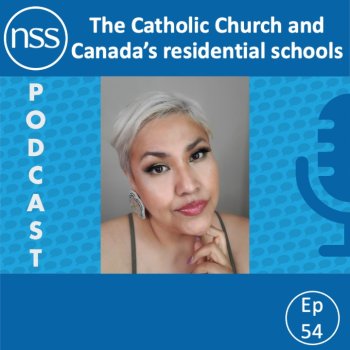 Qu'Appelle Indian Residential School in Lebret, Saskatchewan, was one of the first such schools established by the Canadian government in the 19th century. From the beginning, it was run by the Catholic Church, which was actively involved in the forced removal of indigenous children from their families, in attempts to erase their links to their culture, and in training them up as cheap labour for colonial businesses.

In this episode, Emma Park is joined by the Canadian journalist Kerry Benjoe. Kerry was the first indigenous person to work for the Regina Leader-Post, her city's daily newspaper, and is now Indigenous Storyteller for CBC Saskatchewan. She attended Lebret from the age of 15 to 18, at a time when it had been taken over from the Church by the Star Blanket Cree Nation. She was in the fourth and final generation in her family to do so.

As a journalist, Kerry has spent years gathering stories, often harrowing, from the survivors of the residential schools. She shares some of these stories on the podcast, from humiliation and physical abuse to the loss of childhood. She explains why the recent discovery of graves at Kamloops residential school, also run by the Catholic Church, came as no surprise to the local indigenous community.