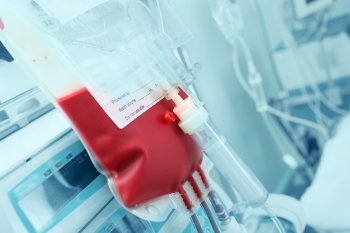 The High Court is considering whether to allow a girl from a Jehovah's Witness community to refuse blood transfusions. Dr Antony Lempert says the precedent of overriding a child's refusal of lifesaving treatment should be upheld.

An upcoming court case involving a teenage girl from a Jehovah's Witness community will require the judge to make a very hard decision whichever way the case goes. On the face of it, a competent 15 year old girl is asking that she not be given a blood transfusion should one be required even to save her life. It seems as though she fully understands the implications of this decision and is prepared to accept death if the alternative is a course of action prohibited by her faith. Her mother has refused to consent to the treatment on her behalf.

The freedom to make important decisions for ourselves is central to a society such as ours which supports diversity, choice and basic freedoms. In most free democratic nations, restrictions on liberty must rest on strong foundations. We need look no further than the recent Covid-19 pandemic to see examples of such restrictions. It would have been hard to envisage just one year ago the stringent curtailments on our daily life that we are now living through. Nevertheless, these are exceptional times from which most of us expect to return to something approximating our former liberties. Whether or not we agree with particular government policy, we recognise that the peculiar risks of Covid-19 require a change to our normal way of living if we are to protect other people, and particularly the most vulnerable people, from serious harm.

Sometimes in medical practice it is also necessary to restrict patients' liberties. This is the case particularly regarding mental illness, if we feel that our patient does not have the capacity to protect themselves or if they are considered a danger to themselves or others. Yet, crucially, we do not restrict patients' liberties if it is only that we disagree with their decision or think that they are making a bad decision, even one that may ultimately result in a potentially avoidable death, such as refusing amputation of a cancerous limb. The overriding consideration in these cases is autonomy for a patient to make his or her own decision – particularly about the things that matter the most to the patient – provided they are aware of the risks.

In 1982, Victoria Gillick, a Catholic mother of ten children, took her health authority and the Department of Health and Social Security to court to try to prevent doctors from giving contraception or contraceptive advice to children under 16 years of age. In 1985, the case was ultimately decided by the law lords who ruled that children who are judged competent to make their own decisions, since known as 'Gillick-competence', may be given contraception or contraceptive advice even contrary to their parents' wishes or knowledge. Since that time, children's rights to be involved in and to participate in their own treatment decisions according to their level of maturity is not only common, it is good practice.

And yet, bearing all that in mind, I very much hope that the judge rules so as to authorise the medical staff to give this girl blood transfusions as and when required to save her life whether or not she agrees. And this hope remains despite the knowledge that all the evidence of other children from similar communities indicates that this girl is likely to retain her current beliefs for at least the next few years. And it would be the case that once she turns 18, as desperately sad as many of us feel it would be, there would be no court case, but an acceptance of her autonomy and her fundamental right to die for her beliefs.

The reason why I think that it would be the wrong decision to let this 15 year old girl die for her beliefs is because autonomy does not emerge from a vacuum and most children are not intrinsically free. In order to make free, truly autonomous decisions, people must be provided with all the facts and must be protected from undue pressure or coercion. The very reason that children are ordinarily given more legal protections than adults is that they are most at risk from outside pressures, and less well-equipped to recognise and respond to the dangers, even when they can see them.

Though I have no involvement in this case, we are given to understand that in 2011, when she was six, perhaps seven, this girl made a lifelong commitment to a faith which coincided at least with that of her mother's community. She was baptised as a Jehovah's Witness earlier this year. Having been raised in a strong faith community myself, I am sure that her public concordance with her mother's beliefs and community values must have given her mother great joy and satisfaction. Yet the odds of a six year old child having made such a commitment to a faith other than that of her parents, particularly when born into a community with a strong faith ethos, must surely approach zero.

And it would be remiss not to comment on the particular characteristics of the Jehovah's Witness branch of Christianity relevant to this case. The penalty for a Jehovah's Witness who chooses to have a whole blood transfusion, even on medical advice that the alternative would be to die, is that the community of family and friends with whom they have likely grown up and who provide their whole social network, will no longer have anything at all to do with them. This is not just disapproval but full-on shunning. Any friends or family members who meet with them for any purpose other than to encourage or support a return to the community, will also face serious repercussions from the Jehovah's Witness community. Members of the community do not use the word shunning, instead claiming that the transfused person has chosen to disassociate themselves from the community. In this way, perhaps, there is less felt responsibility for the community's actions, actions that many people regard as intrinsically coercive.

And at the best of times, there is a difference between the autonomous choice of a fully informed adult under no pressure from outside agencies, and the choice of a child, necessarily still reliant on her parents and community for support. The case of this 15 year old girl is far from the best of times. With the media spotlight now firmly fixed on her, there would be no possible way for her to retain patient confidentiality even in the unlikely event that she were to agree to a transfusion. Also adult Jehovah's Witnesses, should they wish to, can rarely escape the community's gaze. The hospital liaison committee (HLC) is a three-person group of Jehovah's Witness elders who promote themselves as akin to chaplains offering Jehovah's Witness patients specific support in their dealings with medical staff. The darker side of the HLC is that they will report back to the community about any patient who 'has chosen to disassociate' by accepting a blood transfusion. Central to the role of medical and nursing staff and hospital chaplaincy services is a respect for patient confidentiality, something the HLCs do not adhere to in this regard.

Back in 1985, I am sure that Victoria Gillick was acting in what she thought was her children's best interests. On the whole, most parents, irrespective of background or belief, will make choices for their child with the child's best interests at heart. Similarly, I am sure that this girl's mother wants only what she thinks is the best for her child. And the fact remains that she is still a 15-year-old child. There is an important difference between the current case and the Gillick ruling. Nearly all children will become sexually active adults, most in their teens. Supporting children's burgeoning independence is integral to keeping them safe, also ensuring that they can still access sexual health information and advice even if their parents or community would prefer them to remain ignorant about certain aspects of sexuality or sexual behaviour. This is why the Gillick ruling was so important.

In stark contrast to the universality of a child's developing sexuality stands a community that enforces its particular biblical interpretation with a coercive system of disassociation. Only children raised into this community would face such a dreadful choice – disassociation or death. By any normal marker used to ensure that patients are not being unduly influenced by others, that is not a free choice. So if there is even the smallest chance that a child born into such a coercive, controlling community, might later find a way to leave that community, then they should be protected from dying and supported to live long enough in order to have at least the opportunity of making her own decisions as an adult.

I don't envy the judge this ruling, though in some ways it will be easier to make this decision than for someone whose life is interwoven with the Jehovah's Witness community having to decide between death and disassociation from all that they hold dear. And if the judge does rule against the girl, they should know that, because she has fought tooth and nail not to have the transfusion, she will most likely still be supported within her community, even after a transfusion, at least until she turns 18. At that point, if she is still in need of regular transfusions, the chances are that before too long, she will leave the community – desperately sadly one way or the other.