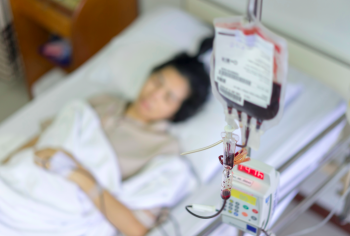 NHS trusts may be endangering lives by encouraging Jehovah's Witness patients to engage with religious representatives who have a remit to ensure they refuse blood products, the National Secular Society has warned.

In a letter to the Department of Health, the NSS has called for a review of trusts' policies that encourage engagement with Jehovah's Witness hospital liaison committees (HLCs).

The society also warned that statements from a number of NHS trusts appeared to make the assumption that all Jehovah's Witness (JW) patients would refuse blood.

HLCs are groups of JW elders who present themselves as 'facilitators of communication' between medical practitioners and JW patients in order to "avoid confrontation".

Published JW materials indicate that HLCs consider it their role to ensure a "consensus" is reached between patients and medical personnel to ensure "God's law" forbidding blood transfusions is upheld, even if it costs a patient's life.

HLC members offer no confidentiality or exemption from reprisals if a JW patient decides of their own volition to pursue treatment with blood.

It is JW policy to shun those who "willingly and unrepentantly" receive blood transfusions, including by cutting off contact with their families.

The NSS's letter highlighted several examples of trusts which refer to engagement with HLCs in positive terms, and which encourage JWs and staff working with JW patients to get in contact with them.

It also noted that HLCs influence the formulation of hospital policies regarding blood transfusions, contribute to JW patient care plans and hold training for staff on JW issues.

In the NSS's letter, the society's chief executive Stephen Evans wrote that "the personal treatment preferences of a patient should always be respected" but there should be "no element of external coercion involved".

"We are concerned that HLCs may add to the pressure on JW patients to make decisions that are not in the best interest of their health and wellbeing."

He also said JW members are under "intense pressure from their communities to refuse blood" and trusts which assume they will do so "may add to this pressure".

"They should also never assume any patient will refuse a procedure or treatment because of their religious identity.

"The choice to refuse blood products should be respected where it is made freely and without coercion. But personal autonomy must include the choice to go against religious groups' teachings. The NHS should ensure patients have the ability to make that choice for themselves, free from undue interference and pressure."

Speaking to the Daily Mirror, a spokesperson for the Jehovah's Witnesses said HLCs "only provide assistance in individual cases at the invitation and request of the patient".

"If a patient does not wish to have the Hospital Liaison Committee present to provide assistance to the treatment team, their wishes will be respected."

Lloyd Evans, a former Jehovah's Witness elder, said: "HLC involvement in the treatment given at NHS trusts is a shocking practice that has slipped under the radar for far too long.

"It is one thing for medical professionals to respect the personal medical choices of patients. It is another thing entirely for religious leaders to be given the red carpet treatment so they can interfere with medical decisions and apply pressure in incredibly sensitive, life-or-death situations.

"If a Witness reaches a personal decision to go against what their religion dictates, they should be allowed to do so discreetly.

"As a former elder myself, I can attest that as soon as an elder becomes aware that blood has been transfused with the Witness patient's full and knowing consent, they will waste little time in wielding swift and devastating punishment by arranging for the individual to be shunned by everyone they know and love."

Disagreement among JW groups on blood products and transfusions