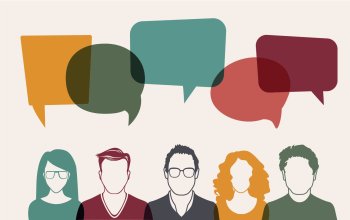 The government's flawed plan to introduce new 'stirring up of hatred' offences within the bill has quite rightly sparked a debate about the limits to free speech.

These proposed offences have provoked a healthy level of pushback from civil society groups concerned about the law's potential unintended consequences for free expression.

Humza Yousaf hasn't yet accepted that his plans would curtail free speech. Besides, "free speech in itself is never an unfettered right," he argues.

And of course, it isn't. Nobody should have the right to harass, make threats or incite violence. But plans that could criminalise offensive or insulting speech should ring alarm bells for anyone who recognises the importance of free and open debate.

Given the febrile times we live in, this is fraught with danger. Identity-based emotions are running high and people can be quick to take offence – particularly when there is political capital to be gained.

Spurious accusations of bigotry are too often thrown to silence political opponents and shut down debate. Culture warriors often deploy slurs to make up for their paucity of argument. As the saying goes, when the debate is lost, slander becomes the tool of the loser.

I have some experience of this myself. In 2018 I argued on Radio 4's Moral Maze that the non-medical cutting of male infants' genitals could reasonably be considered wounding for the purposes of the Offences Against the Person Act. I said religious freedom was a qualified right and it should not include a right to enforce your beliefs by cutting a child's genitals.

In response Anglican priest and media commentator Giles Fraser said my arguments were reminiscent of the blood libel – a poisonous antisemitic canard which accuses Jews of murdering Christian children in order to use their blood for religious rituals. A slur that has often led to violent attacks against Jewish communities. Fraser was effectively accusing me of stirring up hatred. I did nothing of the sort. But if the Scottish government manages to get this law on to the statute books, those making a similar defence of children's rights could have their collars felt on the basis of a single call to the police.

You may think this won't affect you. But you never know when the next culture war is coming along – and what side your opinions will land you on. Humza Yousaf has repeatedly said the bill won't prevent you expressing controversial or offensive views – as long as you "don't do it in a threatening or abusive way that is likely or intended to stir up hatred".

But who decides what is "abusive" or "likely" to stir up hatred?

Some have argued that the courts can be relied upon to strike the right balance for freedom of expression. But these reassurances that we won't be convicted – which are dubious in their own right – ignore the chilling effect of legislation. For most people, the fear that speaking your mind could result in brush with the law at all would be enough to self-censor and withdraw from the debate.

Scotland's hate crime bill would be a gift to professional offence takers and a nightmare for those expected to investigate claims of hatred being 'stirred up'.

In its submission to the Scottish parliament's justice committee, the Scottish Police Federation warned the bill would "devastate the legitimacy of the police in the eyes of the public".

The submission went on to say that the bill risked "compounding" a climate of self-censorship which is "stifling free speech" on contentious topics.

Unlike proposed offences related to gender identity and race, the bill includes a freedom of expression provision on religion. But this falls far short of providing any meaningful protection.

A similar provision in the Racial and Religious Hatred Act covering England and Wales protects expressions of "antipathy, dislike, ridicule, insult or abuse" of religion. The free speech provision in Scotland's proposed law only protects proselytising and "discussion or criticism" of religious beliefs or practices. The government seems keen to dictate on what terms people can and cannot discuss the issues that matter to them.

The undertones of telling the public to watch its tone are sinister. The slain cartoonists of Charlie Hebdo could well have found themselves on the wrong side of this law. Is this really the route the Scottish government wants to go down? Free speech applies not only to expressions that are favourably received, but also to those that shock, offend or disturb. As currently drafted, Scotland's hate crime bill would signal a retreat from this vital principle.

If ministers really want to address hatred and bigotry perhaps they could try tackling the problem at source? Rather than cracking down on speech, a better plan for a more inclusive and tolerant Scotland might be to invest in education programmes that allow young people to learn about and understand diversity and difference. Phasing out religiously segregated schools might even assist young people to experience it.

But using the law to try and shut people up is unlikely to end well. It failed miserably last time ministers in Scotland tried it, through the Offensive Behaviour at Football Act.

Ironically, this bill will also abolish the common law offence of blasphemy. What a crying shame it would be if vague 'stirring up of hatred' offences take its place.

The good news is that plenty of MSPs have expressed concerns and over 2,000 submissions have been received by the committee scrutinising the bill – the vast majority pushing in the right direction.

Sanity may yet still prevail. Let's hope Scotland's politicians appreciate how important it is to protect freedom of expression.