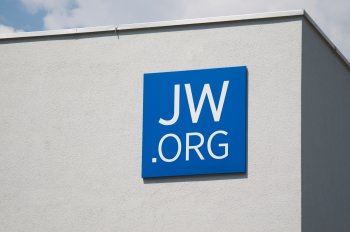 The extraordinary antics of Jehovah's Witnesses at the Independent Inquiry into Child Sexual Abuse demonstrate why independent oversight of religious organisations is necessary to protect children from abuse, says Richard Scorer.

The Independent Inquiry into Child Sexual Abuse (IICSA) recently concluded three weeks of hearings on "child protection in religious organisations and settings". One of the organisations being examined by the inquiry is the Jehovah's Witnesses, represented by the entity responsible in Britain for disseminating official policy: the Christian Congregation of Jehovah's Witnesses (CCJW). The four-person inquiry panel chaired by Professor Alexis Jay will now assess the evidence it heard about the handling of child abuse allegations by CCJW and will deliver a report in several months' time.

The attitude to child protection and safeguarding among the Jehovah's Witness leadership has been the subject of much criticism. Many survivors of child sex abuse, and many former members, allege that the organisation has engaged in the systematic cover up of child abuse, deploying theocratic instruments such as the "two-witness rule" and threats of shunning to prevent victims from being heard. The organisation's practices regarding child abuse have been the subject of various investigations including by Australia's Royal Commission, Utrecht University in the Netherlands, and the Charity Commission in England and Wales: I discussed some of these investigations, and CCJW's attempts to frustrate the latter through litigation, here.

These issues are well known. My reason for writing this piece is to highlight some extraordinary events at IICSA over the last few days. When the IICSA hearings took place, the witness called on behalf of CCJW was a Mr Paul Gillies. Mr Gillies is head of the Office of Public Information at the World Headquarters of Jehovah's Witnesses in upstate New York. At the end of his evidence, Mr Gillies was questioned by one of the four inquiry panel members, Ivor Frank, regarding CCJW's approach to document destruction. In particular, Mr Frank asked Mr Gillies about an online article in The Philadelphia Inquirer featuring video footage of a behind-closed-doors seminar held in the UK at which another senior official of the organisation, Mr Shawn Bartlett, told members of the organisation that a key part of their reasoning for destroying documents was "because Satan is coming after us". In the context of allegations of child sexual abuse, document destruction is obviously a hugely important issue. IICSA would have been remiss not to have asked about it.

The questions put to Mr Gillies by Mr Frank, and his answers, can be viewed here (from 1:00:50). You can see that Mr Frank's questions were simply that: straightforward questions which were put to a witness in order to establish the facts.

It now turns out that following this session, CCJW applied to IICSA's chair, Professor Jay, to have Mr Frank removed from the inquiry panel. CCJW's arguments for the removal of Mr Frank can be read here. Anyone reading this will be struck but the utterly bizarre nature of this application. CCJW literally sought to have Mr Frank removed simply for asking questions – the very thing IICSA was set up to do.

As one would expect, the application was given short shrift. But what also emerged when CCJW's application was published was that CCJW had, earlier this year, also attempted to have my client, Lloyd Evans, barred from the inquiry. Lloyd Evans is a former Jehovah's Witnesses elder who left the organisation some years ago and now comments on JW-related developments in books and blog articles, in television appearances, and on his "John Cedars" YouTube channel. He has developed an impressive corpus of knowledge around the operations of his former religion – you can read his main inquiry statement here. Last year, Mr Evans was granted "core participant" status in the inquiry. Core participant status is awarded when an individual has a "significant interest" in the matters being examined. It entitles you to see documents, make representations and ask questions. CCJW also have core participant status at IICSA, as one would expect – they plainly also have a "significant interest" in the matters under investigation.

Remarkably, CCJW sought to have Mr Evans barred from the inquiry for expressing opinions which they argued are "hateful" to the religion. In other words, Mr Evans has said things about Jehovah's Witnesses that they don't like; this, they maintained, should bar him from further participation.

Setting aside the extraordinary hypocrisy involved in such an application - the Jehovah's Witness leadership are themselves accused of hate speech against former members, notably in Belgium where they are being prosecuted in hearings that begin early next year - what is so striking about these events is what they reveal about CCJW, and about fundamentalist religion generally. Seeking to have an inquiry panel member removed just for asking questions - and seeking to have an opponent deprived of core participant status due to their opinions - exposes the mindset of this organisation perhaps more tellingly than anything else. A panel member asks you some uncomfortable questions? Demand that he be removed. Another core participant in the inquiry has opinions you don't like? Demand that he be ejected.

It's fair to say that Mr Evans and other ex-Jehovah's Witnesses who have given evidence to IICSA have had some frustrations about the inquiry. For example, they wanted IICSA to force CCJW to disclose all its records about child sexual abuse, not just the selective sample of only a few dozen cases disclosed thus far. IICSA maintains that disclosing the full number of abuse cases, estimated by Mr Evans to number in the thousands, is "not relevant" and "goes beyond that requested of other organisations in this investigation". But I hope IICSA will see the significance of these events when considering the recommendations they now need to make about how to safeguard children in religious organisations and settings. Amongst other things, the mindset they reveal has deeply troubling implications for approach to child protection of the Jehovah's Witness leadership. The fundamental question confronting IICSA is: can religious organisations be trusted to investigate and deal with child abuse in their own ranks without putting the interests of the organisation above the interests of children? Or put another way: can religious organisations be trusted to treat children, indeed all victims of abuse, as autonomous individuals entitled to the protection of their human rights even if the allegations they make might embarrass the organisation or the powerful people who run it?

CCJW have just answered that question - for themselves at least - with a resounding "no". Because if you approach an inquiry like IICSA on the basis that anyone who asks probing questions or criticises your organisation should be barred, what you're really saying is: if somebody says something you don't want to hear, they should be deprived of their legal rights. Clearly, no organisation exhibiting this attitude or behaviour can be trusted to protect the human rights of a child who might want to say something critical about the organisation or somebody powerful within it.

As I commented in an earlier IICSA hearing about the Anglican Church: there is no more effective way of silencing a child than saying that you have God on your side. But combine that with the ruthless intolerance of dissent which you see in organisations like Jehovah's Witnesses, and you have the perfect cocktail for the cover up of abuse - which reflects precisely what ex-Jehovah's Witnesses are saying about how the organisation treats any member who challenges it or questions its authority. As one ex-JW, Jillian Lee Adams, said on Twitter regarding this row: "That's exactly what they [the CCJW] think. In their judicial processes if you don't cry enough or follow the script you lose your friends and family forever. They think justice is subjective and their power absolute".

In that sense CCJW have done us all a favour with their actions over the last few weeks. IICSA has been reminded of exactly what they're dealing with, and now has a stark example of why insular, fundamentalist religious groups can't be trusted with the protection and safety of children. CCJW, I should also add, have also provided timely reminder of why the National Secular Society is so necessary. Human rights and free enquiry are not a given: somewhere, somehow, a fundamentalist is always trying to find ways to take them away.