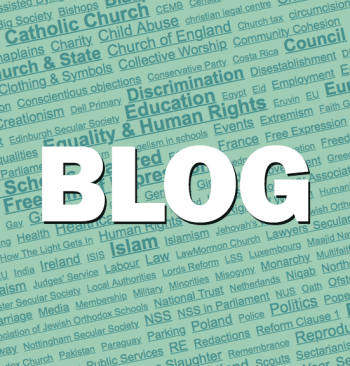 Richard Scorer, a specialist child abuse lawyer at Slater & Gordon draws attention to organisations seeking more lenient treatment over child abuse-connected matters because they are religious and makes the case for no concessions being given.

Which is more important: religious freedom, or safeguarding children from abuse? Should churches and religious organisations be exempt from secular standards of child protection? Two recent court cases involving the Jehovah's Witnesses raise this issue in its starkest form.

Some background. Over the past two decades a significant number of abuse cases have emerged in the Jehovah's Witnesses. Clients of mine who allege they have been abused within the organisation describe a culture which is profoundly collusive with child abuse. It's hard enough for abused children to speak out in any setting; in the Jehovah's Witnesses, it's bordering on the impossible. The organisation is notorious for its "two witness" rule: anyone who accuses an adult of abuse must have a corroborating witness. Since the vast majority of child abuse occurs in secret, the effect of this rule is to silence abuse victims. Moreover, if there is no corroborating witness, the complainant is often treated as having made a false accusation. This leads to the complainant being "disfellowshipped", or ostracised by other Witnesses. A terrifying prospect if, like most children growing up in the Jehovah's Witnesses, your entire family life revolves around them. In this way, victims say, the culture of the Jehovah's Witnesses facilitates and protects abusers.

The two legal cases have opened a window into this culture. The cases involve the Watch Tower Bible and Tract Society, the legal entity through which the Jehovah's Witnesses operate. One case concerns the Watch Tower Society's liability to pay damages to a proven victim of abuse. The Society sought to argue that its devolved structure means that it cannot be 'vicariously liable' for the actions of its officials who abuse children. It's a variation of the argument advanced by the Catholic Church, which maintained for many years that priests were not employees and therefore the Church could not be liable for their actions. The Catholic Church's long running battle to evade responsibility on that basis ended in failure in 2012. The Watch Tower Society's defence failed at first instance in 2015, and its attempt to take the case to the Court of Appeal was dismissed last month.

Meanwhile, in 2014, in response to emerging allegations of child abuse, the Charity Commission instigated a statutory inquiry into the Watch Tower Society's approach to safeguarding. Quite reasonably, the Commission wants to understand whether the Society's trustees have fulfilled their safeguarding responsibilities under charity law. Also, the Commission sought production of relevant documents. Rather than cooperate with the inquiry (as one would expect of an organisation with nothing to hide), the Society applied for a judicial review at the High Court to try to abort the inquiry and resist the production order. The Society argued (amongst other things) that the Charity Commission was "interfering with (the Society's) rights of freedom of religion under article 9 of the Human Rights Act... by commencing an inquiry with a view to changing Jehovah's Witnesses' religious practices". In other words, if the purpose of the Charity Commission inquiry was to ensure that the Society is complying with secular safeguarding norms, this violates religious freedom.

In March this year the Watch Tower Society lost its application for judicial review. But as often seems to happen in English law when an issue of serious social importance falls to be decided, the matter became bogged down in an obscure technical argument; on this occasion, about whether the Society had pursued the correct legal avenue in seeking to challenge the Commission's decision. The Court of Appeal decided that it hadn't. The Society's subsequent attempt to pursue the matter to the Supreme Court also failed. The underlying question- which comes first, religious freedom or the protection of children from abuse- will have to wait for another day.

Following the Court of Appeal decision, the Charity Commission urged that the Watch Tower Society "engage constructively" with the inquiry. Anyone affected by safeguarding issues in the Jehovah's Witnesses should contact the Commission's lead investigator; a number of my clients are providing input to the inquiry. But the Society simply said that it was "looking at the ruling carefully and evaluating where we can go next". So we can probably expect more attempts to stall the inquiry and resist proper scrutiny. But at least these court cases have had a beneficial side effect: they are raising public awareness both of the issue of child abuse in the Jehovah's Witnesses, and the wider issue of religious organisations and churches pleading a religious justification for evading basic norms of child safeguarding. The Catholic Church in Australia for example, (but not Britain) has successfully evaded being sued for clerical abuse for decades on the ridiculous premise that it is not a legal entity – which has not stood in the way of it operating bank accounts or receiving legacies.

In Australia, hearings in the Royal Commission on child sexual abuse exposed the Witnesses' culpability in protecting abusers in a devastating fashion; the Royal Commission heard that their safeguarding procedures were "woefully deficient". Here, the Independent Inquiry into Child Sexual Abuse, now chaired by Professor Alexis Jay, needs to link with the Charity Commission inquiry and undertake a thorough investigation into culture and practices within the organisation.

If the Jehovah's Witnesses imagine that they can escape scrutiny of their safeguarding failures, I am certain they will be proved wrong. The courts have certainly given them short shrift. But in exposing what has happened, we need to nail the central issue once and for all: child protection is more important than religious expression. Religious organisations need to obey the law of the land, just like everyone else. When it comes to child abuse, religious exceptionalism needs to stop.

Richard Scorer, a specialist child abuse lawyer at Slater & Gordon. Follow him on Twitter @Richard_Scorer. The views expressed in our blogs are those of the author and may not represent the views of the NSS.