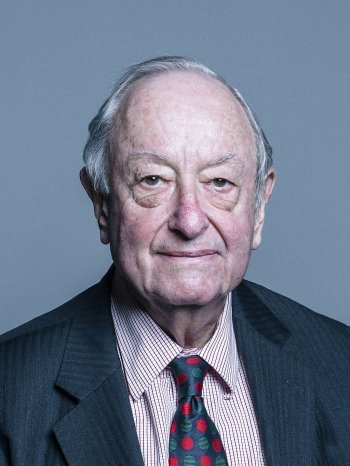 I know of no lawyer who has made a more significant contribution to human rights than Lord Lester, who has died aged 84 after serving at the Bar for nearly 60 years.

Many regard him as the father of human rights law in the UK, which now has probably the most comprehensive equality laws in the world. The origin of the Equality Act 2010 can be traced back to the Equality Bill which Anthony tabled as a private member to the House of Lords in 2003 and his much earlier work in this field.

Anthony had played a key role in the Sex Discrimination Act 1975 and Race Relations Act 1976. He fought for 30 years until the European Convention on Human Rights was incorporated into domestic law. His private member's bills paved the way for the Human Rights Act 1998.

His many defences of freedom of expression included serving as counsel for Penguin Books when there was an attempt to prosecute it for publishing The Satanic Verses. The Divisional Court dismissed the application.

His groundbreaking encouragement of courts to consider decisions in other jurisdictions has contributed to a wider application of evolving human rights where legislation has been slow to catch up.

And well into his eighties he was helping those battling against the government's refusal to make caste a protected characteristic. That fight continues.

One of Anthony's erstwhile juniors, Lord Pannick QC, observed in his tribute that "Lester played a vital role in assisting courts to decide issues of political, as well as moral and social, significance". All this took vision, commitment, and skill, not to mention decades of relentless graft.

He generously acted pro bono for the National Secular Society when we decided to intervene at the European Court of Human Rights on four landmark cases in 2013.

The cases (Ladele, McFarlane, Chaplin and Eweida) involved the tension between equality law and religious freedom to refuse to officiate at same sex civil partnerships; a refusal to counsel same-sex couples; the right to wear a crucifix that was a health and safety hazard; and the right to wear religious insignia at work. We argued against what we saw as the applicants' attempts to have religion trump all other protected characteristics.

Our interventions prevailed, changing European jurisprudence, in all but the last case.

His work will remain very relevant after his death. In his final book, Five Ideas to Fight For, Lester defended human rights, equality, free speech, privacy and the rule of law. And as I write the NSS is seeking to stave off the Hate Crime and Public Order (Scotland) Bill because of concerns over freedom of expression. This is almost a rerun of the Racial and Religious Hatred Bill for England and Wales in 2006.

Anthony played a masterstroke on this, tabling an amendment creating a freedom of expression override. The (then Labour) government bitterly opposed it. Nevertheless, to no one's surprise more than the government's, we got it through, albeit by just one vote.

This is just a small part of the substantial legacy he leaves for human rights and secularism.

Note: Anthony Lester's parliamentary career ended in 2018 with his resignation from the House of Lords after a complaint about sexual harassment was upheld.