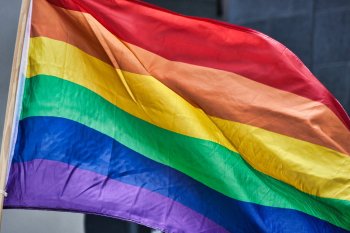 The government is considering legal solutions to the problem of so-called 'gay conversion therapy'. This week the parliamentary under-secretary of state for equalities Kemi Badenoch said the government has completed a draft report on the practice, experience, and effect of conversion therapy. The report will be published once its findings have been reviewed.

'Conversion therapy' can be a broad term which is difficult to define, and trying to ban it isn't simple. Is a priest who asks a gay Christian to pray for help in dealing with his or her feelings conducting 'conversion therapy'?

And what about the many organisations which encourage gay people to remain celibate? Last week Jayne Ozanne, who campaigns for LGBT+ equality in religious organisations, questioned whether charities which teach "young and vulnerable LGBT people" that they have to be celibate for life provide a public benefit.

But teaching young and vulnerable LGBT people that they are condemned to a life of celibacy is far from uncommon. In fact, it's in the relationships & sex education (RSE) policies of many state-funded Catholic schools.

As the National Secular Society highlighted in our 2018 Unsafe Sex Education report, it's fairly standard for Catholic schools to say that while homosexual 'inclinations' aren't themselves sinful, acting on those inclinations certainly is.

To give a few examples, the RSE policy of All Saints Catholic School and Technology College in Dagenham refers to the Catholic Church's teaching that "the full sexual expression of love is reserved for husband and wife in marriage" and so it "does not accept homosexuality in practice/the act of homosexual sex". As a consolation it adds that the church is "aware of the special problems of homosexuals" and that "the possibility of repentance and forgiveness for sexual sins is open to all".

Holy Trinity Academy in Telford says in its "Education in Sexuality Policy" that the "sexual activity of homosexual people" is deemed "unacceptable" because it "does not respect the complimentary nature of male and female". It says the school will "provide opportunities to help students make responsible decisions, based on Christian values about sexual activity and gender identity".

The RSE policy of St Peter's Catholic School and Specialist Science College in London says that when students ask questions about homosexuality, they should be taught the church's view that "homosexual acts go against the natural order".

Worryingly, similar sentiments are expressed in the "Challenging homophobic behaviour" policy of St John's Catholic Comprehensive in Kent. It says it is "necessary to distinguish between sexual orientation or inclination, and engaging in sexual (genital) activity, heterosexual or homosexual" and that "neither a homosexual nor a heterosexual orientation leads inevitably to sexual activity". Quoting Pope Francis, it says families with gay members should be given "pastoral guidance" so "those who manifest a homosexual orientation can receive the assistance they need to understand and fully carry out God's will in their lives". This sounds awfully like getting priests to remind any LGBT+ children that they must never act upon their feelings. Is this verging into the territory of 'conversion therapy'?

What's strange is that the school inspectorate Ofsted doesn't penalise schools with such obvious homophobic content in their policies. It's even stranger when you consider that Ofsted is very quick to mark down independent schools that do not teach anything at all about sexual orientation or gender reassignment.

So why are independent schools seemingly held to a different standard to state schools when it comes to teaching about sexual orientation?

I think there are two important, connected reasons for this. One is that schools can teach RSE via a variety of different subjects, including science and personal, social, health and economic (PSHE) education. As the NSS's Unsafe Sex Education report found, most faith schools that do have an RSE policy teach it at least in part through religious education (RE), which is why anti-homosexual religious views come into play.

And the second reason is that Ofsted does not inspect RE at faith schools.

It's yet another bizarre quirk of faith schools that their collective worship and RE provision are inspected not by the state, but by religious bodies (although the state still pays for them). In the case of Catholic schools, these inspections (often known as 'section 48 inspections') will be done by the local diocese. Seeing as the diocese often has a hand in writing school policies, it is essentially marking its own homework when it comes to teachings about sex in RE lessons.

As a result, it appears ideologies being taught in RSE at faith schools that are clearly in conflict with the schools' duty to promote equality and diversity are flying under Ofsted's radar.

This current state of affairs is bordering on the ridiculous. On the one hand, the government seeks to end 'conversion therapy', but on the other it directly funds schools that promote the idea that it's morally wrong for a gay, lesbian or bisexual person to act on their desires. And the inspection system in which religious organisations, and not Ofsted, oversee what's taught about sexual orientation in state-funded faith schools means these inconsistencies are likely to continue.

But surely one of the best ways to end 'conversion therapy' is to end demand. To do this, we need to work towards a society that treats LGBT+ people as equals and challenge those institutions, including religious institutions, which espouse homophobic views.

And we must start with faith schools that tell young people they should never act on any attractions they have towards others of the same sex. It's time for Ofsted to step in and ensure no child is told by their school that they're sinful because of who they love.

Image by SatyaPrem from Pixabay.