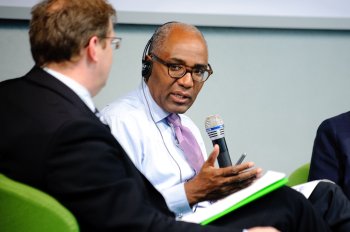 Trevor Phillips's suspension from the Labour party means he – temporarily, at least – has lost the chance to attend the party's meetings. But as those who support the decision have been quick to point out, he hasn't really been silenced. News that he'd been suspended emerged on Sunday; on Monday morning he was invited on to national radio and had a column in The Times addressing his case.

But this isn't really about Phillips personally. A high-profile target has been chosen to make a point about what is and isn't permissible in public debate. And you need not agree with all of Phillips's public pronouncements – it seems unlikely most would, given his work stretches back decades – to be concerned by the results.

The charges against Phillips are set out in a letter from the Labour party (Appendix A within this Policy Exchange report). Reading through them you'll find a series of thin accusations where statements he's made, often stripped of their context, have been interpreted as uncharitably as possible.

The most alarming and absurd accusation concerns the fact he laughed off the fact he'd previously been named as a contender for 'Islamophobe of the Year' at an event last year. This title is bestowed annually by the Islamic Human Rights Commission, which in 2015 gave the 'award' to the murdered cartoonists of Charlie Hebdo after the terrorist attack on their offices. Phillips's laughter was misleadingly portrayed as if it was a callous dismissal of Muslim suffering in some press outlets at the time, but the record has long been corrected. This charge in particular should be dismissed out of hand.

Most of the other charges refer to Phillips's views on Muslim integration. At various points he has said Muslims "see the world differently from the rest of us" and cited "the unacknowledged creation of a nation within the nation". He's said the integration of Muslims would "probably be the hardest task we've ever faced" and urged a "more muscular approach". He's noted that few attendees at a conference of Muslim scholars which he attended wore poppies.

He's also been picked up for criticising the official reluctance to link child grooming scandals to regressive social norms within some Muslim communities. This is a sensitive area of public discussion, particularly because the 'grooming gangs' phenomenon is used by far rightists against Muslims in general. It's no trivial detail that the Christchurch attacker, who carried out his massacre of Muslims almost a year ago to the day, had 'For Rotherham' written on the side of his gun. But it's also a source of understandable public anger that those in positions of power have failed to deal with the sexual abuse of thousands of girls out of fear of being accused of racism. And walling off discussion about it has not helped blameless British Muslims; quite the opposite.

In the wake of the charges against him Phillips's opponents have made much of the fact he's referred to Muslims as different. On Radio 4 on Monday he reiterated this, saying "Muslims are different and in many ways I think that is admirable". Some of us would prefer public policy to look past the religious labels, and public figures to employ more nuanced language. But refusing to discuss the fact that cultural differences exist is hardly the route to social harmony. And many of Phillips's critics might reflect on the parallels between his words and some of their own positions. How will advocates of separate schools for Muslims or special exemptions to the law for the production of non-stun meat present their arguments if we render it beyond the pale to suggest cultural differences exist?

You may find Phillips – whose career in public life goes far beyond the statements now being picked apart – an important contributor to public debate. Alternatively you may consider him inconsistent or ill-informed. But as both James Bloodworth and Kenan Malik have laid out, you need not agree with his views to be concerned by the attempt to render them beyond the pale. There is plenty of ground between presenting him as a pioneering oracle of truth-telling and dismissing him as a bigot. In between there's room for legitimate questions about or criticisms of his research or positions, and for pointing out error and disagreement. All of this is essential to the functioning of healthy democracies. Free speech must include imperfect speech.

Suspending Phillips denies this; it sends a message that his ideas should be driven beyond the realm of public debate. And this will also be the impact of the attempt to impose a vague definition of 'Islamophobia', from the all-party parliamentary group on British Muslims, on political parties, government, civil society groups and others.

So it's no coincidence that prominent proponents of that definition have doubled down since news of Phillips's suspension emerged. Labour MP Wes Streeting has said: "My general view is that if someone has fallen foul of the working definition of Islamophobia then it's their behaviour that needs to change, not the definition." That roughly translates as 'if I don't like what you've got to say, you should stop saying it'. It hardly allays fears that the APPG definition is a power grab.

And so we find ourselves discussing whether Phillips's ideas are even tolerable to debate, rather than – well, debating them, or a range of questions or issues which could be taking up time on the airwaves instead.

Who, on seeing this, is going to stick their head above the parapet and ask questions about the impact of regressive religious trends? And that's not just relevant to Islam or Muslims. Other social groups are watching, too. If we keep allowing these tactics to work you can expect more outrage-mongering, competitive offence-taking and attempts to shut down opponents.

Meanwhile attempting to contribute to public debate in good faith will become ever less appealing. Maintaining an honest and robust public conversation will become harder. And room will open up for a variety of unscrupulous culture warriors – including those who really do demonise and other Muslims and other religious minorities. We can only hope that at some point a critical mass of reasonable people see the value of a free and open exchange of ideas.