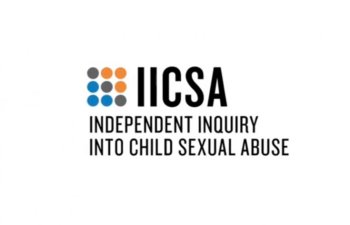 The pope quite rightly came under fire this week for his refusal to fully cooperate with the UK's child sexual abuse inquiry.

The Independent Inquiry into Child Sexual Abuse (IICSA) was set up to address serious concerns that some organisations had failed and were continuing to fail to protect children from sexual abuse. The inquiry is currently examining the extent of institutional failings by the Roman Catholic Church – of which there are many.

But the church isn't playing ball. In stark contrast to Pope Francis' frequent apologies and repeated condemnation of "repugnant crimes" and church cover-ups, his representative in Britain, the apostolic nuncio, has declined to give evidence to the inquiry.

With typically lawyerly understatement, Brian Altman QC, lead counsel to the inquiry, said the Catholic church's refusal to provide the inquiry with all the evidence it has sought was "very disappointing".

'Disappointing' doesn't cover it. The church's refusal to provide complete assistance is an outrage. If the church ever did enjoy moral authority, it's long since evaporated. And this latest snub to IICSA reveals that despite Pope Francis's fine words, unchangeable deficiencies exist with the Catholic Church making it immune to change.

Catholic authorities like to argue that safeguarding is now a "fundamental part of the church's culture". But abuse survivors can be forgiven for treating this claim with the scepticism it deserves. As specialist abuse lawyer Richard Scorer, who represents many of them, told IICSA this week, "for every person within the church who 'gets' safeguarding, there are others who still cling on to the attitudes of the past."

"The reality" he said, "is that many of the dioceses and orders we are dealing with in the Catholic Church are run by small groups of people with longstanding personal connections and loyalties and these take precedence over the needs of victims and survivors."

This attitude still prevails in the upper echelons of the church, too. IICSA made requests to the Holy See's ambassador to the United Kingdom for statements to be provided, without success. Requests were also made to the Holy See itself.

So appalled were we at the NSS at the church's intransigence, we called on the Foreign and Commonwealth Office to bring all the pressure it could to ensure that the church (in its guise as the Holy See 'nation state') would not be allowed to thwart the ability of the inquiry to fully understand and address the significant institutional failures to protect children from sexual abuse within the church.

The government told us that due to the independent nature of the inquiry, it could not intervene. However, it said "due to the gravity of the issue" it would do all it could to facilitate communication between IICSA and the Holy See. This is welcome, but it seems nothing and nobody can persuade this toxic institution to voluntarily act in the best interests of the victims it has left in its wake.

Back in 2014 the United Nations Committee on the Rights of the Child delivered a damning indictment of the way the church has handled child sexual abuse. It accused the Vatican of failing to acknowledge the huge scale of clerical sex abuse and of implementing policies that have led to "the continuation of the abuse and the impunity of the perpetrators". It lambasted the reluctance, and in some instances refusal, of church authorities, including at the highest levels of the Holy See, to cooperate with judicial authorities and national commissions of inquiry.

But, just as with the other 66 concluding observations of the expert Committee, the Holy See has responded with callous apathy. The refusal to fully cooperate with IICSA shows there's been little in the way of a change.

It's hard to truly comprehend the sheer scale of Catholic clerical abuse. Catholic priests are known to be responsible for the abuse of tens of thousands of children worldwide. But the real number is far higher – the church's hierarchy has been aware of the sexual abuse of minors by Catholic priests for centuries. Since the 1980s when the secret could no longer be contained, an estimated $4bn has been paid out in lawsuits over allegations of clerical sexual abuse. But still the church doesn't get it.

The pope's acknowledgement of the "physical, psychological and spiritual damage" done to the victims of child sexual abuse will be meaningless unless the Catholic Church deals with the problem. The church is incapable of getting its own house in order, so must be compelled to do so.

Legal sanction in the form of a mandatory reporting law is one obvious step to take. In France, the most senior Catholic official, the archbishop of Lyon Philippe Barbarin, was recently convicted of covering up sexual abuse. Such a prosecution would not take place in Britain (despite no shortage of candidates) as we don't have mandatory reporting.

If one good thing is to come of the church's disregard for the UK's child sexual abuse inquiry, it will be that it finally persuades IICSA of the need for such a law. Because one thing is certain. Left to their own devices, religious institutions will never adequately address the abusive behaviour within their ranks.