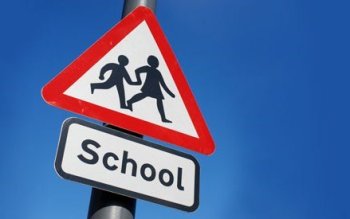 A report has called into question religious control over the curriculum and ethos of Northern Irish schools. Alastair Lichten says it should prompt a re-evaluation of the segregated, inefficient system which exists now.

"If education in NI is to be transformed to fit the needs of a diverse society and support the embedding of peace, the centrality of the churches in education needs to be reviewed. In an increasingly unreligious and multi-faith society is it still appropriate, 100 years after transfer, for the transferor churches and the Catholic Church to wield the influence that they do?"

That's the conclusion of a new paper by Ulster University researcher Dr Matthew Milliken, published this month. It is the second in the "transforming education" series, supported by UNESCO and the Integrated Education Fund – which was recently shortlisted for the Nobel Peace Prize for its work. The first paper in May 2019 revealed the impact of religious discrimination and "cultural encapsulation" on teachers. This one focuses on the role of the churches in the curriculum.

The report takes a historical perspective, from the 1832 Stanley Letter to the educational settlement we have today. Two centuries ago politicians were already suggesting a universal shared, nondenominational (though still Christian) education system free from religious instruction. The current settlement is largely defined by the 1986 Education and Libraries Order, requiring collective worship and religious education "based upon the holy scriptures".

Controlled schools (the largest sector at 48% of schools) were initially transferred from Protestant churches to the state in the 1930s to 50s, and remain de facto Protestant. Religious appointees were guaranteed places on the governing bodies, to promote a Christian ethos, and allowed to appoint (or refuse to appoint) teachers on the basis of faith. Religious bodies were also guaranteed representation on county boards – education authorities being their modern equivalent. There are now around 1,900 nominees of the three Protestant churches acting as school governors in the controlled sector.

The second largest group is maintained schools, which are "seen as principally aiming to produce religious commitment to Catholicism". Their ethos and religious education are controlled by sectoral bodies, most prominently the Council for Catholic Maintained Schools.

The report details the impact of these arrangements on religious education across the education sectors including both similarities and differences. The RE syllabus as amended in 2007 states that "Pupils should develop an awareness, knowledge, understanding and appreciation of the key Christian teachings… and develop an ability to interpret and relate the Bible to life".

Many controlled and formally non-denominational schools "with the approval of the school principal" include extra-curricular activities delivered by the Scripture Union, a voluntary organisation "committed to teaching basic Christian truths as an essential part of evangelism". Such groups meet at lunchtime or after school in order "to help pupils explore the Bible and live out the Christian faith". As it's an Evangelical organisation, there are no Scripture Union groups at Catholic schools.

The Department of Education is not permitted to inspect religious instruction unless asked by the governing body. Ministers of religion must be granted "reasonable access" to pupils. In practice, few clergy actively inspect the provision of RE, so "there is no consistent quality-control mechanism for the teaching of RE".

For the report, researchers spoke to 30 teachers "teaching in a school outside their own tradition" to "provide a unique, outsider perspective on the place of religion in an unfamiliar sector". Of these Protestant 'cross-over' teachers found the level of religiosity in Catholic schools unfamiliar:

"I [was] very surprised that every lesson starts with a prayer."

"Now that family faith is less prevalent, the Catholic Church recognises that the way to promote the faith… is to do it through the schools."

"The influence of a Christian-centric perspective pervades not only the daily routine (act of worship) and timetable (the content of the RE syllabus) but also the operational day-to-day and strategic management of schools and, to some extent, the entire education system."

It is tragic that the long history of aspirations for secular, inclusive education across the island of Ireland has been stymied time and again by short sighted religious interests, jealous of each other's influence, mistrusting and fearful of change.

The formal involvement of religious institutions in state education was partly justified on the basis of protecting the interests of minority communities. They now serve only to entrench sectarianism, separationism and special interests. Decisions about the future of education can't just be a tug of war between religious interests.

Northern Ireland has the most sectarian education system in the Western world. But beneath the surface and with little support from policy makers, there is enormous energy and enthusiasm for change. Seven in 10 support integrated education. Across communities there is support for children learning together, which means schools where the ethos and curriculum are inclusive. As the report notes:

"The demographic profile of NI has changed and continues to change – but educational provision has been slow to respond. Whilst multi-faith approaches have been adopted in GB and the Republic of Ireland, the pre-eminence of Christian teaching in NI schools has been retained at a level where it may be reasonable to ask whether the NI RE syllabus is about 'education' or 'Bible instruction'. It is not inconceivable that minority religious groups may wish to form their own schools at some stage over the next few years."

As one teacher told researchers: "Teaching RE in a Protestant school or a Catholic school… is just looking at 'you' whereas we [in an integrated school] are dealing with 'everybody'."