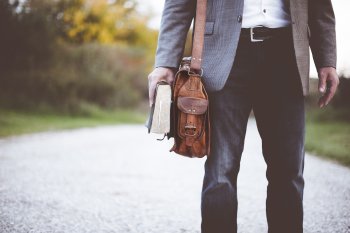 Segregated education and legal discrimination are causing the "cultural encapsulation" of teachers in Northern Ireland along religious sectarian lines, research has revealed.

A report by Ulster University's School of Education has found teachers' education and training and legal exemptions from anti-discrimination protections lead to significant separation along Protestant and Catholic lines.

The publication of the paper, on teachers' employment mobility, was supported by UNESCO and the Integrated Education Fund.

This tends to come after the teachers have attended and trained to become teachers in the same type of school as the ones they end up working in.

Twenty-two per cent of teachers in mainstream controlled schools and non-Catholic grammar schools had no experience of having ever worked within any sector of Catholic education. This number was 38% at primary school level.

Thirty-three per cent of teachers in Catholic schools had no experience of education or teaching in an institution outside of those associated with their community of origin. This number was 48% at primary school level.

The report found that teacher training at the three institutions which prepare teachers for primary schools in NI was causing segregation.

By contrast the CCE is only an optional correspondence course at Stranmillis University College, which has a mainly Protestant student body.

The report also found that exemptions to anti-discrimination protections were contributing to segregation.

Seventeen thousand public sector workers are employed as teachers in Northern Ireland, but they are excluded from the protections of The Fair Employment and Treatment (Northern Ireland) Order 1998 (FETO).

According to a poll from Lucid Talk in April, 71% of people in NI think the teachers' exemption to the FETO should be repealed.

Meanwhile 98% think organisations that employ teachers should "aim to select the best person for the job". Eighty-two per cent think these organisations should be subject to the same equal opportunities monitoring as other employers.

In a 2004 review, Northern Ireland's Equality Commission recommended that the teachers' exception be narrowed to restrict the exception to teachers in mainstream primary schools. It justified maintaining the exemption to appease Catholic educational interests which were concerned about the potential "loss of Catholic ethos" in a system of non-denominational education.

It also noted that controlled schools would find it difficult to justify discriminating in favour of Protestants.

Three major teaching unions – INTO (the Irish National Teachers' Organisation), the UTU (Ulster Teachers' Union) and NASUWT (the National Association of Schoolmasters Union of Women Teachers) – appear to be moving towards supporting an end to the exemption.

In March NASUWT passed a motion at its NI conference calling for lobbying to end to the exemption.

The National Secular Society is writing to all three unions seeking a clarification of their position and, in the case of NASUWT, to extend its opposition to discrimination against teachers across the UK.

In the conclusion to a briefing paper on the research, Dr Matthew Milliken of Ulster University called the FETO exemption "something of an anachronism". He added that its repeal would be "a hugely symbolic first step in tackling the continuing de facto segregation in the NI education system".

The NSS's head of education Alastair Lichten said: "In divided societies integrated education has a unique power to bring communities together, to promote contact, understanding and friendships. A toxic mix of segregation and discrimination cannot be allowed to perpetuate simply because 'this is the way it's always been'.

"This report is right to highlight the cultural encapsulation this leads to. Legislative action must be taken at the first opportunity to extend the fair employment protection to teachers."

If the FETO were extended to teachers, then they could only have a religious test applied to their employment where "the essential nature of the job requires it to be done by a person holding, or not holding, a particular religious belief".

The report surveyed 1,000 teachers. It is the first in a series of 10 from the university which will examine various aspects of the education system in NI and how they could impact on progress towards an integrated system. The next will focus on religious education and the CCE.

Religious discrimination against teachers is widespread across the UK, but is particularly prevalent in Northern Ireland due to the highly religiously segregated school system.