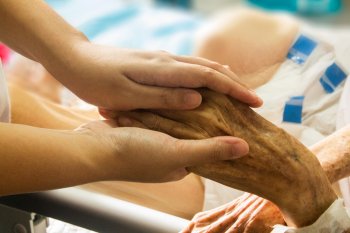 As more doctors' groups consult their members on assisted dying and parliament debates the issue, Dr Antony Lempert says the challenge to the status quo, which is propped up by religious interests, is welcome.

Last week both the Royal College of GPs (RCGP) and the British Medical Association (BMA) voted to poll their respective memberships on the subject of Assisted Dying (AD). Earlier this year, after polling its members, the Royal College of Physicians (RCP) adopted a neutral position from a previous position of opposition. And today, parliament is debating AD.

As a member of the RCGP and a BMA representative who participated in its debate, this is my perspective.

Across the world an increasing number of jurisdictions are legalising assisted dying. In the UK, there is broad public support for legalisation of AD which crosses age, ethnic, religious, political and disability boundaries. However, by far the majority of those implacably opposed to assisted dying hold religious views, something that may be difficult to appreciate considering the growing tendency to use secular-sounding arguments coupled with a reluctance to be transparent about religious motivation. The majority of religious people are in favour of properly regulated, legal assisted dying. And whilst these cautionary arguments must be taken seriously, they are often overplayed and misrepresented.

The debate is complicated by the division between those who support AD for terminally ill patients only and those who argue that patients whose suffering is not necessarily immediately life-shortening should be allowed to end their lives earlier. Both groups are clear that the current law is unsafe and that adequate legal safeguards should be in place. Not only does the current law prevent people from seeking legal help to end their unbearable suffering in the UK. Without legal or professional safeguards in place to assess patients before they die, any determination as to whether or not to prosecute the 'crime' of assisted suicide is based on post mortem determinations of the deceased's views and the motivation of the person accused of helping them to die.

The various professional medical associations have until now been largely antagonistic to legislative change. Whilst their positions carry no legal weight, they inform and sway parliamentarians who have, until now, also resisted public pressure for legalisation of AD in the UK.

Opposition from some medical professionals who may have entered the medical profession determined to prolong life is understandable. Should the law change, some doctors would need to be involved if not in administering or prescribing lethal medication but in the assessment, referral and ongoing care of patients who are seeking an assisted death.

On the other side of the coin, practically all doctors have witnessed awful patient and/or relative suffering. Even with the best care possible, many of us have seen that it is simply not possible to relieve all suffering. Some (mainly religious) people attempt to rationalise this as substandard care or insufficient love and acceptance for the dying patient but it is recognised that even in hospices, with gold-standard end of life care, between two to five per cent of patients will die with unrelieved suffering.

Previous debates within the medical profession have often descended into polarised factions accusing each other of skulduggery or moral bankruptcy. I have certainly witnessed questionable tactics to sway the debate.

One such was the 2013 debate at the annual representatives meeting (ARM) of the BMA. The ARM is a 4 day meeting of about 500 BMA representatives during which representatives debate and vote on a wide range of topics. Motions once passed by a majority vote become BMA policy. The night before what was supposed to be a balanced debate as to whether the BMA should adopt a neutral position, one that I was due to propose, the incumbent President of the BMA, a Catholic, used the privileged platform of her inaugural address to speak out strongly against assisted dying thus clearly influencing the following day's debate and the motion was lost.

In 2016 AD was again on the agenda, the question being whether the BMA should adopt a neutral stance. Neutrality, I would argue along with many others, would allow the BMA to engage in the details of the debate, and to represent the wide spectrum of doctors' views. So opposed were some doctors even to neutrality that a wrecking motion was on the agenda before this one calling for the BMA not to debate the subject again on the basis that a parliamentary bill on AD (the Marris bill) had just been defeated. In the event, the wrecking motion lost and so did the proposal for neutrality. This meant that the BMA retained a position of opposition to AD – as it has done every year except 2005, when members voted for neutrality which was overturned at the following year's ARM.

This year, AD was again on the agenda. My own BMA division had a motion calling for the BMA to be neutral on AD; but the motion chosen for debate by the agenda committee was simply to ask whether all BMA members should be polled on a move to neutrality rather than just the 500 representatives. Earlier this year, the chair of the BMA's medical ethics committee had written in the British Medical Journal (BMJ) that he was opposed to a poll of the whole membership on the grounds that the ARM is the decision-making body of the BMA and that such a complicated subject could not be properly addressed in a poll. Notably, during this year's ARM, some senior BMA representatives noted that a short debate with polarised views isn't necessarily the best way to arrive at BMA policy!

In June, during this year's ARM in Belfast, the motion debated noted the recent neutrality of the RCP after surveying the views of its members. It supported patient autonomy and good quality end of life care for all patients, recognised that not all patient suffering can be alleviated and called on the BMA to carry out a poll of its members to ascertain their views on whether the BMA should adopt a neutral position with respect to a change in the law on assisted dying. This motion passed.

The proposer of the motion – Dr Jacky Davis, who also addressed the National Secular Society's Healthcare and secularism conference in October – spoke about the traditional presumptive conflation between policy of medical associations and individual members' views. When the RCP tested this recently with three options available (pro, neutral or opposed), only 43% of physicians wished to remain opposed to assisted dying. The rest voted either in favour of AD or for neutrality. Since the RCP council had previously determined that a 60%+ vote would be required for a positional stance, the RCP moved to a position of neutrality.

Since all parts of the BMA motion were passed the BMA will, in the near future, poll all its members as to whether or not it should adopt a neutral policy on AD. This is welcome news indeed for those of us who would genuinely like to know what the feeling of the medical profession is on this important topic. End of life care and suffering touches all of our hearts and whilst there may be genuine disagreements about the role of legalising assisted dying, it is right that the individual voices of the medical profession are heard. And it is right that those with strong beliefs respect the right to a fair debate and to allow everyone's views to be heard, religious or not.

In my view, most of the arguments against assisted dying rest on false premises. Patients are already vulnerable by virtue of being in unbearable suffering. With the current law, there is no legal mechanism to protect patients from the rare unscrupulous relative who would claim after their death that they had wanted to die. With a legal framework, the patient could be assessed in advance for treatable conditions, and relatives could not reasonably assist a suicide without going through the proper framework which would protect everyone.

As to the slippery slope argument, this has not been borne out in jurisdictions where assisted dying has been legalised. On the contrary, many patients are just pleased that they have a Plan B in their back pocket should it be required and in the event do not have an assisted death.

And as a GP myself, a change in the law would permit a much more honest exchange between doctors and patients. Currently, doctors are not legally allowed to discuss assisted dying options with patients, whatever our views. This is damaging to the doctor patient relationship.

The latest developments on AD are therefore welcome. And they should act as a wake-up call that the status quo, and the role of religious interests in propping it up, should be challenged.