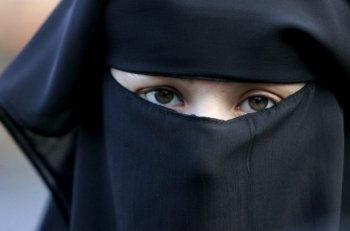 As Denmark's ban on face coverings in public comes into force, Stephen Evans says standing up for fundamental rights and freedoms is the best way to push back against the oppression the burka represents.

Denmark became the latest country to "ban the burka" this week when its new law prohibiting the wearing of face coverings in public came into force.

Whilst the ban has been condemned as "discriminatory" by its critics, the Danish government insists that the law is not aimed at the religious. The law also forbids the wearing of balaclavas, face masks and fake beards, but there's little doubt that the biggest impact will be on the relatively small number of Muslim women who wear the Islamic niqab and burka.

Denmark is just one of a rising number of European nations to crack down on the wearing of face veils. Full or partial bans have been implemented in Austria, Belgium, Bulgaria, France, Latvia, the Netherlands and in the southern German state of Bavaria.

The bans have come amid rising concerns across Europe about the growth of Islam and its influence on societies. Migration often has positive effects on countries, but it can have negative effects, too, and many European citizens are clearly concerned about the detrimental impact that Islam, or at least certain manifestations of it, is having across the continent.

Too often these concerns are glibly dismissed as "racist". For evidence of this just look at the treatment of Rotherham MP Sarah Champion for speaking out about the problem of British-Pakistani grooming gangs. Allowing cultural sensitivity to stifle honest conversations about genuine problems has allowed fear-mongering opportunists to step in.

The focus on women's clothing should ring alarm bells. Islamic clerics are too often obsessed with controlling women and dictating how they express themselves. Should the state really be playing that game, too? Surely a law which prohibits the face veil punishes the very women society should be seeking to liberate?

Groups such as Human Rights Watch and Amnesty International argue that burka bans interfere with the right to religious freedom and expression, and therefore violate women's human rights. But when tested in court, the bans have been upheld. The right to manifest your beliefs isn't absolute – and should be limited where it affects the rights of others.

But could such bans be doing more harm than good? Whilst it's hard to see how covering your face is any way conducive to social cohesion, it's also not clear that, where they have been introduced, burka bans have done anything to improve cohesion or levels of integration. Surely such bans risk further alienating women already on the margins of mainstream society.

Instead of criminalising women for wearing burkas, perhaps European states, including the UK, should do more to address the other factors driving separatism in our communities. And by this I mean moving away from the laissez-faire approach of multiculturalism which has served to empower patriarchal community leaders; foster segregation; erode equality and freedom of speech; and undermine the principle of one law for all. It's time we started saying no to those who demand separate facilities, resources, schools and exemptions to the law for their respective communities. This would do more to help women escape subjugation and better integrate within society that banning their headwear ever will.

Some advocates for burka bans cite security concerns. This appears to be a case of a solution looking for a problem. There have been occasional reports of men committing crimes in the UK while wearing burkas, but a general ban strikes me as a disproportionate response to any security threat face coverings may pose. But on that point, I'm willing to defer to the experts.

There will clearly be some circumstances where a wearer should be expected to show their face. Where there are legitimate security concerns, legal identification requirements, or a reason why the ability to communicate unhindered is considered paramount, public institutions like schools and courts should be free insist that faces remain uncovered.

I don't much like the niqab or the fundamentalist ideology behind it. But I dislike quite a lot of things without thinking there should be laws to ban them. Like many British Muslims I look on in horror at the religious puritans who reject progressive values and would happily (or perhaps miserably) drag us all back to the dark ages. But pushing back against regressive and oppressive forms of Islam means standing up for liberalism, fundamental rights and freedoms. Burka bans feel too much like the abandonment of these values.

This article was originally published on the Huffington Post. It is reprinted here with kind permission.