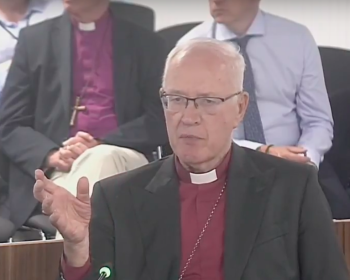 Under the guise of schemes with names such as "Give a Year to God", former Church of England bishop Peter Ball sexually abused according to one witness "more than a hundred" young males over a period of decades. Ball's activities, and those of the Church hierarchy who protected him, have been subject of examination this week by the Independent Inquiry into Child Sexual Abuse.

The testimony of some of his victims showed the activities of a manipulative and sex-obsessed man who used the cover of his role as bishop to sexually exploit vulnerable youths. Although his victims were not children, many were young and naïve enough to be taken in by Ball's supposed piety and his manipulative approaches. The age of homosexual consent was, at the time of his exploits, 21.

Devoting just a week to these decades of misdeeds, the inquiry just scratched the surface. Furthermore, the cross-examinations of witnesses were made only by the inquiry's QC, rather than being thrown open to defence lawyers. Far too many inconsistencies and evasions were ignored and appalling and repeated misjudgments were glossed over or alluded to far too gently.

The recent Australian Royal Commission was much more thorough, albeit while costing a great deal more. Nevertheless, the inquiry here demonstrated beyond reasonable doubt that the Anglican Church behaved indefensibly for decades in protecting Ball and even "rehabilitating" him in the face of overwhelming evidence of his guilt. The church compounded the abuse of victims by portraying them as liars and giving them no support. Many lives were, and remain, ruined and one prematurely ended.

The more sensational elements of the Inquiry resulted in widespread publicity. There was blanket coverage of the Prince of Wales' attempts to avoid giving evidence, his (as he now accepts, misguided) encouragement of Ball and even the expression of Prince Charles' desire to thwart those intent on exposing Ball. Also prominently featured was former Archbishop Carey's acknowledgement of his own poor judgment in, as he saw it, a time of very different attitudes to abuse. Sean O'Neill wrote a brilliant essay on the wider implications.

It is sobering to reflect that Ball very nearly escaped any sanction in the 1990s, and although, according to some accounts, he accepted a police caution in 1992 and admitted guilt on one criminal charge, he escaped a criminal record.

He was eventually convicted decades later, probably as the result of the discovery at Lambeth Palace of a document, ironically prepared by someone who had been given the task of getting Ball off whatever it took. Without that, there may well have been no conviction and no inquiry about this industrial-scale abuse.

It is timely to draw some preliminary conclusions.

I accept that organisations tend to be very self-protective, but it seems that there are almost no lengths to which religious organisations will not go to protect themselves - even if that means covering up for the guilty in their midst. And they are well placed to manipulate the establishment - they are part of it - and their own faithful, to support them.

One of Ball's victims, the Rev Graham Sawyer, told the IICSA panel that "the sexual abuse that was perpetrated upon me by Bishop Peter Ball pales into insignificance when compared to the enduringly cruel and sadistic treatment that has been meted out to me by officials, both lay and ordained, in the Church of England." He referred to the "purple circle" of bishops in Anglicanism who support each other in a "club-like" way to the point of "destroying" the person making an allegation. When he was giving his testimony to the inquiry so bravely, I saw bishops literally cringing and averting eye contact.

The second lesson, also supported by Graham's quote, is that victims are institutionally regarded as no-account collateral damage. That this also applies to the Catholic Church as well as other denominations and faiths is not an excuse; it demonstrates the problem is systemic and the solutions need to recognise this.

The third lesson is not to be taken in by the mantra that it was terrible then but it is absolutely fine now, so there is no need to do anything. While new procedures are in place, they are often not particularly practical. Graham pointed out that with an average congregation of just 60 it can be hard to find someone suitable to appoint as a safeguarding official. More significantly, the protective "purple circle", with a tendency to collective amnesia, is still going strong. Just one Anglican bishop says it like it is, Bishop Wilson of Buckingham. He is junior, and I don't rate his chances of promotion highly. Graham's speaking out has led to him being bullied for decades and he is still being bullied to this day.

Finally, while the church, paradoxically, has no formal duty to the wider public, the law has. And the extent of its failures over this case in its determination to privilege the episcopate are massive. I will return to this in a later blog.

So, let me conclude by entreating the inquiry to be bold in its recommendations, which need to introduce robust checks and balances and independent mechanisms, especially for safeguarding, oversight and compensation, the cost of which the church should of course still bear.

Parliament must also introduce mandatory reporting of abuse in institutions (which is widely required in other countries). It must also remove all legal time bars involving abuse as victims generally only summon up the courage to report decades after the event.