It’s worth knowing why more Muslims are leaving faith behind 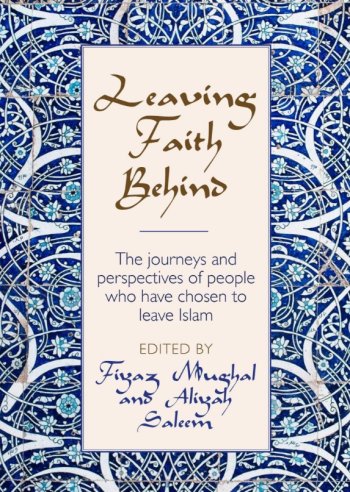 A new book reveals a substantive movement of people choosing to leave Islam. Fiyaz Mughal, its co-editor, reflects on the stories it tells and the importance of mutual respect and empathy between Muslims and ex-Muslims.

I have worked with communities for over 25 years and the changes over recent decades in moral values and faith and belief can be described as earth-shattering. Islamism grew and sucked in many British Muslims, leading them to Egypt, Syria, Iraq, Bosnia and Afghanistan and ultimately to jail sentences and with many, to death. Attendance numbers at Anglican churches have fallen, whilst those catering for the religious needs of communities of African heritage have grown and continue to draw in the faithful in large numbers. Correspondingly, the social vibrancy of Jewish communities continues – though the levels of fear within them have skyrocketed, with more and more choosing social activism and street protest as a way of feeling in control as antisemitism rises.

These are just a few examples of the seismic changes that have taken place in 20 years that would previously have probably taken over 100 years.

Two decades ago, the mere thought of people leaving Islam would have created a sense of anger and betrayal in many Muslims, with many questioning whether individuals had been brainwashed or had become too 'westernised'. Worse still, at this time if a woman made such a comment to her family, there was a strong chance that she would have been physically or mentally forced or coerced into actions to shut her up. There was simply no comprehension at the time that a person born a Muslim would want to reject their faith. Two decades later and having delivered numerous projects to benefit faith groups, including Muslim communities, there is a substantive movement of people who have chosen to leave Islam and many others I have come across who don't believe or practise and keep their views to themselves so as not to harm the feelings of their parents.

As a Muslim, I have always questioned the concept of God. Those questions draw on longer as I get older, but in the end I am deeply spiritual and much of that sits within Islam. Yet, I have always wanted to find out more about the experiences and stories of people who left Islam and their reasons for doing so. For me, when I was younger, it was the Islam of certainty; today, there is the Islam of living with uncertainty and a possible finite existence. This is partly why I co-edited a new book, Leaving Faith Behind, with Aliyah Saleem, who was a practising Muslim when she was growing up but whose inquisitive and enquiring mind led her away from Islam. The other reason I chose to push forward with this idea was because I was tired of both sides, Muslims and ex-Muslims, being at loggerheads with each other. In the end, it is a matter of belief and beliefs can change, but the respect and empathy that we have for each other, as fellow travellers in life, should not be lost in the polarised way which both groups are increasingly looking at each other.

The stories in the book led me on a personal journey and highlight how experiences are key to changing even the most deeply held beliefs. Take the case of Jimmy Bangash. Deeply traumatised by the chauvinism and male patriarchy in his family, his story of seeing his sister's confidence and love for life slowly strangulated by men left a lasting impression on him. The problem was that the straitjacket they placed around females in the family was made up of Islamic edicts and commands, as though they were written in stone, never to change. Or take how Jimmy was unable to reconcile his being gay with being a Muslim. The latter was to be rejected since there was little room for Jimmy's sexuality in the Islam that he grew up with.

In fact, so inculcated was Jimmy with fear, retribution and the pain of Hell, because he was attracted to members of the same sex, that there is a deeply moving section in his chapter where he is washing himself as part of the Wudhu (or cleansing ritual before prayer) and as he places the water over his skin, he desperately hopes that the water, his prayers and his atonement for his feelings, would wash away his sexuality. Jimmy effectively paints a picture of a traumatised child, straitjacketed by a rigid belief system that could not accommodate his sexuality and which was based on ritual and tradition. It also demonstrates how religion and belief and physical and emotional needs clash head-on in many people.

Or take the fact that time and time again, the women writers who grew up as Muslims describe how they were unable to be who they wanted to be as Muslims. The harshness and rigidity of religiosity, the fear of punishment and a God that was neither loving nor compassionate are portrayed, even though Islam repeats the mercy and compassionate nature of God on many occasions. Some speak of women's rights being second class, whilst others question how the teachings of Islam are relevant for a world that is in deep flux and change. It is these deeply held and felt experiences which will resonate with many people who were brought up with faith.

The fact is that more and more people are leaving institutionalised religions and are falling into the 'spiritual' space or rejecting any belief altogether. Muslims are no different, yet there are many reasons which have accelerated the growth of people leaving Islam in the UK. The inability of imams to reach out to young people, the lack of good quality and accessible pastoral care, Islam being steeped in Arabic (which makes understanding for many young British Muslims difficult) and cartloads of negativity attached to Islam, both online and in the real world, have meant that many people have left that part of their identity behind.

In the end, what we choose to believe is a personal choice. The writers in Leaving Faith Behind could finally make those choices for themselves, though for many across the globe, leaving faith means risking their lives. This is their testament to the many who make the decision, knowing that there will be impacts on their lives.

Leaving Faith Behind: The Journeys and Perspectives of People Who Have Chosen to Leave Islam can be purchased on the publisher's website. NSS supporters can buy the book for £10 (RRP: £12.99) by following the link and using the offer code faithmatters.

Fiyaz Mughal OBE is the Founder and Director of Faith Matters. The views expressed in our blogs are those of the author and do not necessarily represent the views of the NSS.