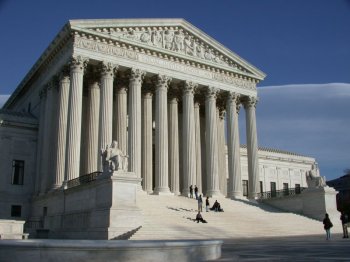 The international wing of a controversial US Christian 'legal army' is involved in hundreds of court battles and advocacy projects around the world, including cases defending opponents of abortion and same-sex marriage, often using freedom of expression and religious freedom arguments.

ADF International, the global arm of US group Alliance Defending Freedom (ADF), has 580 "ongoing legal matters" in 51 countries, and an advocacy and operations budget of €3,754,822 (£3.3 million), according to its 2017 Annual Report, published last month.

"We are committed to shaping a world in which religious freedom, the sanctity of life, and marriage and family are robustly protected and culturally embraced," says the report, with a goal to build "a powerful and strategic alliance that extends to every corner of the globe."

The openDemocracy website's 50.50 team reviewed dozens of legal and advocacy cases that ADF International says it has supported – against countries from Sweden to Romania to Colombia to Canada. These include support for anti-abortion health care workers; opponents of same-sex marriage and adoption rights; and a pastor accused of hate speech for criticising "the promotion of homosexuality."

Recently, the annual report says, ADF International "presented oral arguments at the UK supreme court in defence of pro-life laws in Northern Ireland" and celebrated "a huge victory for freedom of conscience" when Colombian courts "agreed with our arguments that the government cannot force private faith-based hospitals to conduct abortions."

It is supporting a long-running dispute against Sweden, including at the European Court of Human Rights (ECHR), arguing that health workers must have a right to 'conscientiously object' to provide abortion services which have been legal in the country for generations.

Against the UK, at the ECHR, it has intervened in several cases. It has supported a registrar who objected to officiating same-sex civil partnerships, for example, and a mother fighting for custody of her child against the father and his same-sex partner.

"Across countries and spaces, ADF is pursuing an ultra-conservative agenda that targets sexual and reproductive health and rights," Naureen Shameem, from the Observatory on the Universality of Rights (OURs) initiative of women's rights organisations, told 50.50.

"Beyond the US, it's clear that the organisation is becoming a key anti-rights actor in both international and regional human rights spaces. And it's increasingly intervening with litigation and legislation in multiple countries worldwide, particularly in Latin America and Europe," Shameem said.

Gillian Kane at Ipas, the sexual and reproductive rights nonprofit, described ADF as "a right-wing religious legal organisation" and "one of the largest conservative legal organisations in the United States with an expanding international portfolio".

"ADF has contributed to the rightward jurisprudential shift on religion in the public sphere, and that is a major concern. ADF works under the premise that religion trumps all other rights," said Kane, who has written previously about the group's expansion into Latin America.

Headquartered in the small town of Scottsdale, Arizona, ADF was founded almost 25 years ago by its president Alan Sears who wrote a book denouncing "the homosexual agenda" as the "principal threat to religious freedom".

In America, the group "has mushroomed over the past few years into a Christian-right powerhouse," wrote journalist Sarah Posner in US magazine The Nation last month, describing it as a "legal army" that now "rivals some of the nation's top law firms in supreme court activity".

Last week, ADF lawyers were at the US supreme court arguing the closely-watched 'Masterpiece Cakeshop' appeal brought by a conservative Christian baker in Colorado who was found to have violated anti-discrimination laws for refusing to make a wedding cake for a gay couple.

In this case, baker Jack Phillips, with an ADF legal team behind him, claims his freedom of expression was violated. If the claim succeeds, Posner said, it could "erode advances in LGBTQ rights" with "enduring consequences".

Shameem from the OURs initiative said this supreme court case mirrors ADF's "expanding role worldwide." She said the group is "a prime example of a US-based anti-rights actor that...works to export its extreme ideologies worldwide".

Alejandra Sarda-Chandiramani of the Association for Women's Rights in Development (AWID) added that ADF is increasingly present in United Nations processes.

It often focuses, she said, on "countries that already have restrictive legislations and positions on reproductive rights...and acts as a counterweight to more critical voices also coming from civil society (feminist and women's movements in particular)".

In the US, The Nation reviewed 146 of ADF's appellate and supreme court briefs. They found dozens challenging contraceptive health care coverage and same-sex marriage, and only two cases where ADF expressed support for religious-minority, non-Christian plaintiffs.

It traced the group's influence and resources in America and the entrance of ADF-affiliated lawyers into state or federal government. The Trump administration, it said, has already appointed at least four ADF-affiliated federal judges.

Globally, ADF International has more than 3,000 allied lawyers, 17 "wins" at the ECHR and 50 team members in eight countries, according to its annual report. It has offices in cities including Strasbourg, Mexico City, London, and Brussels.

The group's records in the EU Transparency Register says it organises events and has submitted briefing papers, amicus briefs and legal briefings at European courts. It names focus topics including freedom of conscience, church relations, and 'parental rights.'

A spokesperson for ADF International told 50.50 that the group is funded exclusively through private donations and that "we do consider ourselves a Christian organisation however our advocacy is to the benefit of all. We don't say that only Christians should have rights."

He clarified that not all of the 580 "ongoing legal matters" mentioned in the group's annual report are litigation cases; some are related advocacy projects, for example advocacy at EU institutions for the protection of religious minorities.

ADF International allied lawyers "often take up cases on a local and regional level, then they ask us for advice on human rights" and international law, the group's areas of expertise, he said.

In the case of Romania, where there has been a movement to amend the country's constitution to define marriage as between a man and a woman exclusively, he said an ADF International lawyer was contacted by supporters of a proposed referendum on the issue.

"Most of our advocacy in those respects is to say we should respect the sovereignty of countries when it comes to family and marriage law. We should let the people of Romania decide how they want to live and let not Brussels impose on them."

On abortion he said: "Ideally we would live in a society where it is not necessary for any woman to have an abortion, ultimately, it's not good for the woman, and it is certainly not good for the child to not get a chance to live. As a society, should we not have other options?"

He said it's necessary to debate such issues but that: "What we see right now is more and more debate is being shut off by naming and shaming, anyone who does not agree is called an 'ultra-something', everybody who contradicts an opinion becomes a bigot."

This article was originally published in the independent online magazine www.opendemocracy.net. Read it in its original form here. It is reprinted here under Creative Commons licence 4.0.

Claire Provost is editor of openDemocracy 50.50 covering gender, sexuality and social justice. Ella Milburn is a writer and editor at The State of the Arts. The views expressed in our blogs are those of the authors and may not necessarily represent the views of the NSS.