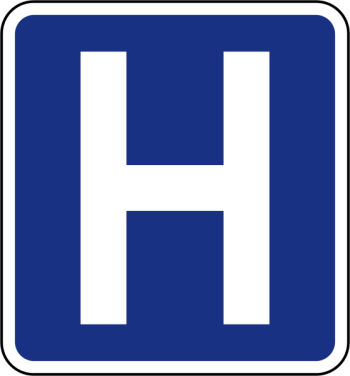 NSS executive director Keith Porteous Wood detects a long-overdue and decisive turn towards secularism in publicly funded healthcare in Ireland, an area in which the Catholic Church has until now been predominant.

The Catholic Church in Ireland has, until recently, simply assumed that it would run much of the country's health services in much the same way as it does its schools. But that complacent assumption was challenged recently when a furious row erupted over a new, publicly funded, national maternity hospital. The government was intending to hand it over to a religious order, the Sisters of Charity (whose notorious reputation for abuse in the Magdalene Laundries is well known). Clerics maintained that because the Church owned the land on which the hospital was built, it would have to conform to Catholic doctrine.

This was particularly sensitive as some of the services that would normally be undertaken by a maternity hospital would not conform. Those related to abortion, the provision of contraception and work on gender reassignment are obvious examples. After the outraged public reaction to the maternity hospital proposals, the Sisters of Charity stepped down from running the hospital and a new trust was formed with no religious input. Now, after what has been described as a "damaging and drawn-out dispute with the Sisters of Charity", the nuns have also agreed to sell the land to the state – which in turn has made a commitment that the hospital will "provide all services to Irish women permitted under law".

The public outcry over the maternity hospital provided a hard lesson to the Irish government. Irish society has changed and its people are no longer prepared to tolerate the Church interfering so extensively in the private lives of citizens. Ireland is now, as the Catholic commentator Mary Kenny admitted, post-Catholic.

And lessons have indeed been learned. A new publicly-funded children's hospital is to open in Dublin in 2021 and the main question being asked by the public is: what degree of religious involvement will there be? The minister of health's answer to that could hardly have been more unequivocal. He said of the children's hospital, "The legislation is very clear: There will be no religious involvement in our hospital, all of the board will be appointed by the minister of the day. … This will be a secular hospital and the legislation is clear in relation to that. It's outlined in the programme for government that this will be a secular hospital, underpinned by legislation."

The minister made his announcement flanked by the heads of hospitals that would be merged into the new facility and members of the new group overseeing the project. None challenged his comments.

Several hospitals will become vacant when their activities are transferred to the new children's hospital. One of these, whose costs have been publicly funded for many years, is owned by the Sisters of Mercy, (who have also been singled out in the past for a high levels of child abuse in their facilities). It is thought to be worth €92 million, which the Sisters of Mercy will pocket when it is sold.

On the other hand, another hospital becoming vacant, Our Lady's Hospital in Crumlin, is under the control of the Archbishop of Dublin. He has - unlike many of his colleagues - shown notable contrition over clerical child abuse, and looks likely to pass the hospital back to the state.

After too many unrealised promises of secularisation from previous Irish governments, this latest administration is not just making secular noises but backing them up with tangible action. The opponents of such moves seem to have accepted this.

We hope the Irish government can keep this up, particularly in wresting education from the stranglehold of the Catholic Church.

And if the Sisters of Mercy still owe contributions towards abuse settlements, I hope these will be compulsorily retained out of the proceeds of the sale of their hospital.