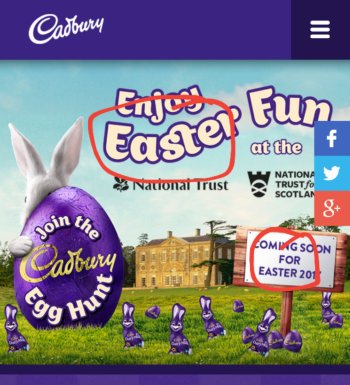 After several media outlets falsely claimed that the National Trust and Cadbury were 'airbrushing' Easter out of their Easter egg hunt, Terry Sanderson argues that the Prime Minister's involvement in this trumped-up propaganda exercise was the real disgrace.

Theresa May took time out from negotiating the future of our nation to become embroiled in a trumped-up publicity stunt contrived by the Church of England.

The Church threw a hissy fit, claiming that Cadbury had failed to include the word Easter in the promotional material for the egg hunts it organises at National Trust properties. In fact, the website address itself even contains the word Easter, and both the National Trust and Cadbury websites mention Easter numerous times. It is quite clear that, like previous similar episodes (the Lord's Prayer advert in cinemas for instance), this stunt has been carefully planned by the CofE to get itself on the front pages of the papers.

Leaving aside the manipulative elements, and ignoring the fact that the media was such a willing accomplice, we were also given the Prime Minister's two pennies worth.

"I'm not just a vicar's daughter, I'm a member of the National Trust as well," she told ITV during a visit to Amman, Jordan. "I think the stance they have taken is absolutely ridiculous. I don't know what they are thinking about frankly." The CofE's propaganda machine must have thought all its birthdays had come at once.

With the country standing on a cliff edge with no guarantees about its future, I would have thought that Mrs May would have more important things to concern herself with. Getting embroiled in what is so clearly a publicity stunt does her no favours.

The CofE has recently employed in its press departments two of the leading newspaper religious affairs correspondents to add to its already burgeoning PR department. They know how to angle stories for maximum effect, they know how to create a controversy out of nothing.

Perhaps in employing them, the CofE has made one its best investments ever. But underneath the hype we have a non-story – fake news, indeed. 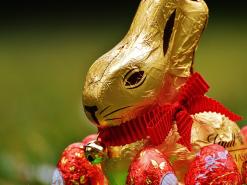 The government will not fix the Easter holiday dates without support from the CofE despite the benefits to schools, a minister has said.

As a regulator issues patronising advice to advertisers in the run-up to Easter, Chris Sloggett takes a look at its guidance on religious offence – and finds a deep and damaging aversion to freedom...

The advertising regulator is pandering to religious offence-taking