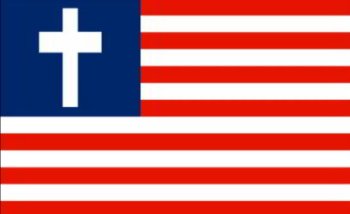 Modern theocracy whether of the Islamist, Christian Dominionist or Hindu Nationalist variety is about belief, but it is also a form of identity politics. Theocratic movements really do believe in their versions of their religion, but they are also concerned with the creation and imposition of identity. The nativist far-right in both Britain and America have long suffused their racist identity politics with Christian identity politics – and their attacks on equalities and human rights through the myth of Christian Persecution.

During the presidential campaign the democratic ticket was an example of America's secularist tradition. Both Hillary Clinton and Tim Kane made much of their personal faith, and their appeals and occasional pandering to religious groups were firmly rooted in America's secular tradition – in praise of religion's role in civil society but not in government. Meanwhile Trump was the opposite, his protestations of personal faith were laughable (Two Corinthians, his claim that the IRS were targeting him for his religion etc.) yet he consistently articulated an attack on American secularism, and theocratic support for Christianity's role in politics, the state, education, immigration and women's healthcare.

Secularism is about actions not beliefs. A secular democracy doesn't care if someone thinks their neighbour is going to burn in hell, it cares about whether they plan to burn their house down. Pointing to Donald Trump's widely purported atheism is as irrelevant as pointing to Jihadists traveling to the caliphate stopping to pick up Islam for Dummies from the book store.

As Michelle Goldbergjan wrote in the New York Times last week: "President Trump may lack a coherent ideology, but he shares with the religious right a kind of Christian identity politics, a sense that the symbols of Christianity, if not its virtues, deserve cultural precedence. As he said in a speech to the Faith and Freedom Coalition's Road to Majority conference in June: 'We will respect and defend Christian Americans. Christian Americans.'"

Consider also some of the politicians that Trump has expressed admiration for. Vladimir Putin's personal religious credentials are dubious and he is said by some to have little personal animosity to homosexuals. Yet Putin has seen in the Russian Orthodox Church a powerful ally for his authoritarianism, and in his crackdown on LGBT rights a powerful tool for both riling up populism and targeting troublesome human rights activists. Narendra Modi's policies combine Hindu Nationalism with a 'Business Man' populist approach to the economy while seriously undermining India's secularism. Nigel Farage's religious protestations are more credible and dovetail nicely with his promotion of the equalities persecution myth.

Trump's abortive 2012 presidential run failed in its early stages because he was opposed by the Christian far-right, particularly from the televangelist and anti-abortion wings. Since then his language has evolved and it is remarkable how quickly such figures have fallen in behind the president. It's not just the view articulated by among others the religious commentator Archbishop Cranmer that Trump will be influenced in a 'Christian' politics by the 'prayerful influence' of Mike Pence – his Vice-President and an out and out theocrat.

Between 2012 and 2016 Trump changed his language. Buffoonish though it may remain, he has figured out how to articulate a form of white, nationalistic and Christian identity politics that many in the mainstream had written off. He spoke to people who may not attend Church but who felt (and could be made to feel) that their identity – including their Christianity – were under threat.

Whether Trump is a genuine convert, or just hopes to ride this beast to his preferred destination is largely irrelevant. He's backed rhetoric with policies and appointments, quoting Michelle Goldbergjan again: "For all his flagrant sinfulness, he's assembling a near-theocratic administration, his cabinet full of avowed enemies of church-state separation."

His Education Secretary is prepared to deliver the Christian Right's long held dream of federal voucher funding for religious and creationist schools.

If Trump doesn't deliver the Christian right's dream of a complete ban on abortions, it may be because he understands that they need abortion. Not in the sense that American women need reproductive healthcare, but in the sense that the Christian right needs abortion because opposition to abortion is such a central part of their identity. Similarly they need marriage equality in order to justify anti-LGBT 'religious freedom' laws, as part of the myth of equalities persecution.

Trump's prioritising Christian refugees while banning Muslims has to also be seen through the lens of this identity politics. Such theocrats' concern for persecuted Christians may be genuine, but they also see them as a useful tool. They seek to as Rowan Williams said, conflate the persecution of Christians in the Middle East with their feeling "mildly uncomfortable" with gay people and non-Christians having human rights in the US.

While Trump's policy is not technically a 'Muslim ban' it is a signal of intent, the foundation of the policy architecture necessary for such a ban. The ban isn't just about attacking Muslims and it certainly isn't about fighting terror, it is about limiting citizenship based on identity.

Both Islamist and anti-Muslim identity politics seek to make Muslims a group defined primarily by a faith identity that is in conflict with 'Western', 'American' or 'Christian' society. Both need this conflict to define their own identity, and the stronger that identity is the more it can be used to exclude those whose identity/ideology is impure and just as significantly to support policy.