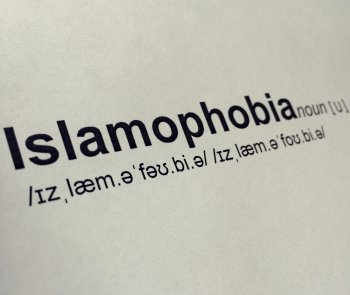 The BBC and Demos have published an accidental case-study in why we should all stop using the meaningless and sinister word 'Islamophobia'.

The BBC has made much of a report from Demos warning that thousands of 'Islamophobic' tweets are sent in English every day. But the researchers, like everybody else who uses the term, have totally failed to define what 'Islamophobia' actually means.

The research by Demos into 'Islamophobia' was reported by the BBC under the headline "Islamophobic tweets 'peaked in July'". From reading the BBC report you might imagine that 7,000 bigoted and anti-Muslim tweets were sent every day in July.

In fact, Demos have inadvertently set out what has been warned of for many years; that 'Islamophobia' is a nonsense word with sinister implications.

On reading the report it is clear that the Demos research isn't just focused on anti-Muslim tweets, or bigotry against Muslims, but, as they define it in their research paper, "anti-Islamic ideas".

In their report Demos selects some tweets it included in the study, which they presumably think are good examples of their methodology in action. A tweet stating "Morocco deletes a whole section of the Koran from school curriculum as it's full of jihad incitement and violence The Religion of peace" is treated the same way as a tweet saying "I fucking hate pakis" in their methodology.

One of these tweets criticises an idea. The other is racist. One describes and mocks a belief system, the other (verbally) attacks people. Demos' methodology treats both of these tweets in the same way.

I have read (an English translation of) the Koran. Saying it contains violence (it does) is in no way comparable to using racist language.

This is an appalling conflation, which creates a false moral equivalence between racism and criticising a set of ideas.

Another tweet Demos offer as an example reads: "Priest killed in #Normandy today by a Radical Islamic Terrorist yet Hillary says that Islam is peaceful! 1274 attacks this year=peaceful? Ok."

Is asserting that Islam doesn't seem to be conducive to peace really 'Islamophobic'?

The BBC apes Demos' dangerous line, referring not to anti-Muslim, but explicitly to "anti-Islamic" tweets as 'Islamophobic'.

The Demos research says that anti-Islamic ideas are "possibly socially problematic and damaging."

Wanting to jail homosexuals might also be "socially problematic", but pointing out that half of British Muslims do want to criminalise homosexuality and most think it is immoral would have me labelled an 'Islamophobe' under Demos' methodology.

And just what are "anti-Islamic ideas"? For many orthodox Muslims and the overwhelming majority of Muslim states, anti-Islamic ideas include apostasy, equality for women and the right to be gay.

Demos is being foolish in including such a vague concept in their methodology. Under their methodology a Pakistani ex-Muslim living in fear for their life who tweeted in English (for instance) "Islam is oppressive" would be labelled an 'Islamophobe'.

And how subjective is Demos' research?

In the methodology section of their paper Demos say "An Islamophobic expression was defined as the illegitimate and prejudicial dislike of Muslims because of their faith." I would prefer that was labelled 'anti-Muslim bigotry', but this alone would be among the least bad definitions of 'Islamophobia' you could devise. But Demos go on: "Islamophobia can take on a very large number of different forms, and its identification, especially within Twitter research, was often challenging."

Here we get to the nub of the Islamophobia con. It is "challenging" to identify and takes a "very large number of different forms" because 'Islamophobia' is a nonsense term which accumulates bigotry and threats of violence, with criticism of a religion and a set of ideas; ideas which have no rights whatsoever and which must never be protected in law and ought not to be protected by social convention.

Anti-Muslim bigotry and criticism of Islam are separate phenomenon, they may overlap, there are some who engage in both, but it is methodologically meaningless to consider both of these things in one term. That is why Demos' researchers found 'Islamophobia' "challenging" to define.

What they have produced is therefore subjective, as Demos admit: "Ultimately, this research comes down to the judgement of the researchers involved."

Demos argue that Islamic terror attacks drive 'Islamophobic' tweets. Perhaps challenging Islamism would therefore be a good place to start if you want to cut anti-Muslim bigotry off at the source?

The implications of this term's use are very unsettling. The moral equivalence that is being drawn, increasingly, between abuse against Muslims, and the robust criticism of an idea (Islam), poses an immense threat to freedom of speech.

Muslims and Islam are not the same thing. Hating all Muslims is bigotry; criticising Islam is not. You can say whatever you like, however sharp, rude or inaccurate about an idea. There is no such thing as libel against an idea.

The National Secular Society was instrumental in abolishing the vestigial blasphemy law in this country, but now I fear that our culture is returning to the legal protection of ideas, and Islam specifically. Ideas have no rights, nor any entitlement to be treated with respect. Yet influenced by American campuses and elite sensitivity to something called 'Islamophobia', that is the way our wider culture moves.

Benjamin Jones is the communications officer of the National Secular Society. Follow him on Twitter @BenJones1707. The views expressed in our blogs are those of the author and may not represent the views of the NSS.