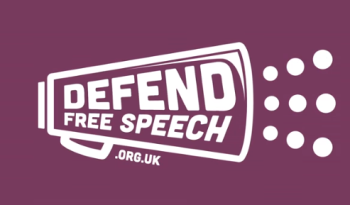 Leaks ahead of the Government's latest counter-extremism drive show that they have failed to balance freedom of speech with the impossible objective set out to legally challenge Islamist ideas in the "pre-criminal space."

The latest offensive against 'extremism' has seen "internal Home Office discussion" about criminalising "hate messages" against the military and, according to The Times, "calls for the wholesale adoption of Sharia in the UK."

As Peter Hitchens wrote of an earlier counter-extremism push, the Government's language this time round sounds like something "out of the Soviet penal code of 1936."

Should calling for sharia law in the UK be criminalised? Many on the hard left still call for the overthrow of democracy. Universities will play host to all kinds of idle conversations about how societies should be organised – not all of them will reach democratic conclusions. What level of criticism of democracy should be tolerated in the "pre-criminal" space?

In London and Birmingham purveyors of our apocalyptic future under the law of Allah find little purchase for their views among the great British public. That is where the best challenge to this activity originates; not the clumsy arm of the law.

When this hopeless campaigning moves to the advocacy of violence, a new threshold has been met, with which the law is already adequately equipped to deal.

As for the Armed Forces, I can think of no swifter way of destroying a movement's chances for popular success than it sending hate messages against the British military by, for instance, burning poppies.

Vile though that activity is, in past conflicts war-weary veterans have burnt uniforms, discarded medals and protestors have torched draft papers in acts of political dissent. Hard to stomach as it is, if a hard-line Sunni cleric wants to burn poppies, they must be free to do so. This is highly unlikely to be a politically winning strategy for the cleric.

There are far more effective challenges to this hatefulness than the law; methods which do not run counter to our values and lay the free world open to easily substantiated charges of hypocrisy. We have to put up with an awful lot of things that are 'offensive', hateful and vile: on May Day people march quite openly with banners of Stalin. Glorification of a mass murderer is at least as bad as burning poppies; neither activity should be prohibited – though both should be vigorously contested in every other way, through every recourse available to those lucky enough to live in free and open places.

Laws on prohibiting the evil of Holocaust denial are another example. These laws are frequently exhibited to defenders of free speech as examples of western hypocrisy. We should always defend the right of bigots to out and embarrass themselves and their causes.

A Home Office source said that, "Getting agreement about the thresholds for what constitutes extremism and what needs to be protected as free speech is not going to be easy or straightforward."

From what we have seen so far of the Government's latest attempts, ahead of the Queen's Speech, that is something of an understatement.

The Government is earnestly trying to force a reckoning with a deadly threat and to confront it. But some aspects of this danger are best challenged by the public, by individuals, by civil society, than by the law or an over-reaching state that will, surely, through the morass of political correctness, encompass far more than the Islamist hate-preachers that this strategy seeks to ensnare with its vague 'extremism disruption orders'.

Show your support for the Defend Free Speech campaign.

Benjamin Jones is the communications officer of the National Secular Society. Follow him on Twitter: @BenJones1707. The views expressed in our blogs are those of the author and may not represent the views of the NSS.