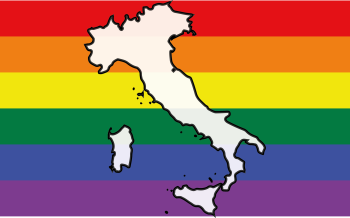 Italy's bill on civil unions is an important landmark in the history of successful and unsuccessful attempts by the Vatican to influence Italian politics, writes Stefano Bonino.

The last country in the European Union to recognise civil unions for same sex-couples, Italy recently emerged from a thirty-year long battle against an inherently conservative culture borne out of a longstanding penchant for ecclesiocracy. Soon after the Italian Parliament gave way to the bill on May 11, Archbishop Michele Pennisi rushed to the newspaper La Repubblica, lambasting it as "creeping fascism." The next day, Italian Prime Minister Matteo Renzi replied that he had "sworn to uphold the Constitution and not the Gospel," offering a public defence of the separation between temporal and spiritual authority enshrined in Article 7 of the Italian Constitution.

Pennisi's comments are offensive to all liberal Italians as well as to anyone with a passing familiarity with Italy's 20th century history. The Lateran Treaty of 1929 between Benito Mussolini and the Vatican made Roman Catholicism the state religion of Italy and granted the Vatican wide ranging privileged influence in areas such as education and marriage law.

This relic of ecclesiocracy was undermined in 1974 when Italians overruled the strong will of the Catholic Church, supported by the Christian Democrats and members of the Italian Social Movement, by voting to uphold a law legalising divorce.

The Lateran Treaty was eventually revised in 1985, when Roman Catholicism ceased to be the official state religion. However, the Holy See, with the Vatican acting as a sovereign entity, remained heavily subsidised by Italian taxpayers and continued to exert significant influence on Italian politics. Since the Italian republic emerged from the ashes of the Kingdom of Italy in 1946, its path to secular democracy has not always run smooth.

The Christian Democracy party enjoyed the full backing of the Catholic Church since after World War II and until 1994, when the Mani Pulite (Clean Hands) judicial investigation into political corruption eventually led to the collapse of the party. Yet, the Catholic Church continued to wrestle for power in the backrooms of a stagnantly tribal political system. Communion and Liberation (CL), a highly influential and tight-knit Catholic ecclesial group, has historically maintained close links to power, fielding "candidates for political office" and placing members within top positions (such as the Presidency of Lombardy which was held by Roberto Formigoni for seventeen years).

The "cozy relationship between Communion and Liberation and Roberto Formigoni and the entire Lombard regional government" that was dismantled amid corruption scandals in 2012 demonstrate that Catholic teachings are not always a repellant to political cronyism and malpractice. The subtle ways in which the Catholic Church directly or indirectly manages to exert power on the public sector are particularly disturbing and undermine the democratic process initiated by Italy seven decades ago.

The election of Pope Benedict XVI in 2005 opened a season of Catholic political battles on ethical issues and a more markedly interventionist agenda. That same year, the referendum on medically assisted reproduction failed to reach a quorum, also thanks to the influence of then Pope Benedict XVI, who openly recommended electoral abstention. While Catholic teachings, including the Ethical and Religious Directives for Catholic Health Care Services, prohibit in vitro fertilisation, the Church is understandably less keen to focus on this aspect of their campaigning against reproductive rights.

Although direct Vatican interference in the Italian state has suffered a pushback over the last 30 years, the nature of this influence has shifted. Under Benedict XVI's Papacy, Cardinal and former Vicar General of the Diocese of Rome Camillo Ruini bolstered his evangelical mission to bring a stronger Catholic imprint on Italian society that had first been espoused in the Christian Cultural Project published by the Italian Episcopal Conference in 1997. Sociologist Luigi Ceccarini posits that this cultural project seeks to advance the Catholic Church's "presence and ethical perspective" and help it "act more independently in support of its own values and interests, by exerting 'pressure' on parties and institutions, taking advantage of its own diffuse territorial organisation and relying on the public credibility it possessed both nationally in Italy and worldwide."

Pope Francis, who was elected in 2013, has sought to show openness to liberal values with more inclusive language about LGBT people, while appeasing conservatives by essentially maintaining his predecessors' dogmatic views on sexual morality. Pope Francis remains personally committed to campaigning against civil unions and other rights for same-sex couples. However, under his leadership, the Church has been unsuccessful in opposing the advance of LGBT rights in Catholic majority countries such as Italy, Ireland and his native Argentina.

The bill on civil unions for same sex-couples, which was later signed into law on 20 May and will take effect on 5 June, and the Prime Minister's strong defence of the Constitution demonstrate that these three pillars are starting to crumble.