Mammon, not God, should reign on Sundays 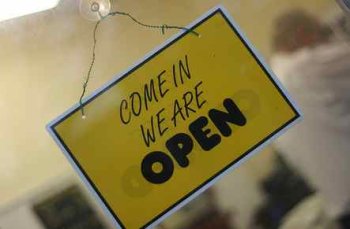 Every Sunday evening from October to April I turn up to the Conway Hall in central London, hand over a tenner and listen to international-class musicians perform the greatest chamber music in the repertoire. If you prefer to devote Sundays to prayer and contemplation, I have no wish to abridge your activities; but my choice is hedonism, whether in the concert hall or the shopping mall. I find it a far more profitable use of my time.

Some people think they know better. They're a small group comprising around 20 Conservative MPs who planned to join Labour, the Scottish Nationalists and the Democratic Unionists in opposing the government's liberalisation of Sunday trading laws in England and Wales. At the moment, large stores can't open for more than six hours on a Sunday. In his budget in July, George Osborne undertook that local councils and mayors would be able to set Sunday trading laws in their areas. And you read that right: SNP MPs are among those blocking a measure that won't affect their constituents, as current restrictions under the Sunday Trading Act don't apply in Scotland. Hence ministers have delayed their plans for reform.

There are greater infringements of liberty, yet the restraint on Sunday trading is a prime example of how self-aggrandising politicians can be swayed by sectional interests. The opposition to reform comes from a curious alliance of trade unionists and church groups. Their campaign illustrates a quandary of free societies. How do citizens choose to live well? Religious theorists since Saint Augustine have had a convenient answer: we are enabled to do so by grace. Yet just in case we're tempted to make the wrong choice, government should deny it to us anyway.

This illiberal tendency has been very gradually rolled back in British society over 250 years. The Sunday Observance Act of 1781, intended to curb the rise of Non-Conformism, closed the nation's commerce and places of public entertainment. The 1932 Sunday Entertainment Act eventually made it possible for museums, galleries and zoos to open on a Sunday. It took another 40 years for the public to be able to go to the theatre on a Sunday. And only with legislation in 1994 was it legal for stores bigger than 280 square metres to open on a Sunday, and then only under restricted hours.

The law surrounding Sunday trading was an arbitrary mess before even that limited deregulation. Religious campaigners against were sublimely indifferent to such inconsistencies as that shops could sell top-shelf magazines but not the Bible. The situation remains chaotic. Why is Sunday trading freer in Scotland than in England and Wales? Why the discrimination between large retailers and smaller ones? The shopworkers' union USDAW, which apparently has swayed the SNP on the issue, maintains that Sunday trading laws protect the welfare of their members — in which case, they should surely be campaigning to shut down all shops, altogether, on a Sunday, and internet retailers as well. That puritanical streak has a long tradition in this country's history, and would be unrecognisable in predominantly Catholic nations of southern Europe where worshippers typically follow worship with mammon.

As for me, I've had enough of it. Wordsworth hazarded that "getting and spending, we lay waste our powers", but he was talking the nonsense of a rural reactionary in a comfortable sinecure. Your freedom to go shopping whenever you wish is a blow not just for convenience but for civilisation. It's part of the Enlightenment tradition. Thomas Jefferson's opponents accused him of being "without Sabbaths" because he once attended a reception in his honour at Fredericksburg, Virginia, on a Sunday in July 1799. One observer remarked in bewilderment at these obscurantists' attacks: "This fact has been trumpeted from one end of the continent to the other as an irrefragable proof of his contempt for the Christian religion and his devotion to the new religion of France."

Slowly, western societies have adopted the Jeffersonian principle that liberty means the freedom not to engage in religious observance, as well as to worship and to assemble free of government coercion. The decline of organised religion in British society has coexisted with and hastened an ethos of tolerance and personal responsibility. The London Olympics and Paralympics of 2012 exemplified that modern and pluralist face of Britain — and not the least of the benefits was a suspension of Sunday trading laws for their duration. It's long past time to make a definitive bonfire of these petty, scolding restrictions.

Oliver Kamm is a leader writer and columnist for The Times. This article was originally published in The Times and is reproduced here with kind permission. The views expressed in our blogs are those of the author and do not necessarily represent the views of the NSS.