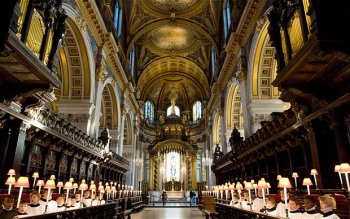 The reaction of the Church of England and the Catholic Church to the debate on mitochondrial disease and the research into genetics that might prevent it, reveal an interesting change in their approach to political lobbying.

At one time, not so long ago, the churches would have been quite upfront and would have said that it was not the place of scientists to "play God" and take away from the almighty his right to inflict horrendous diseases on babies.

Nowadays their objections leave God out of it and concentrate instead on dire warnings about unproved science and the dangers that might yet arise from these procedures.

They are savvy enough to know that if their lobbying concentrated on their true objections ("God doesn't like it / the Bible disapproves"), they would be laughed out of court. Parliament in our secular nation does not, in the main, make its decisions these days on the basis of what the Archbishop of Canterbury claims God wants or the Bible demands.

And so now the churches try to achieve their aim of imposing their doctrines on the whole country by pretending it's all about something else.

We saw it in the debates on Assisted Dying – the mainstream religious representatives no longer claim that it is against God's will to end a life before He ordains it.

No, now they claim that old people will be pressured by their avaricious children into taking the tablets so that they can get their hands on the house. And if that doesn't convince, how about the slippery slope argument – soon people who are merely depressed and not terminally ill might want the doctor to do them in.

It was the same with the gay marriage debate. No longer was it claimed by the clergy that it was an abomination in the sight of the Lord (well, not by the mainstream churches, anyway), it was all about protecting the concept of marriage as a means of raising children and maintaining "our" traditional concept of wedded bliss being reserved only for a man and a woman.

These apparently rational arguments (often backed up with spurious statistics and dire predictions of social catastrophe) no longer make reference to the doctrines of their churches. That's because most people don't believe in them. And even those who do consider themselves to be religious are repelled by many of the churches' more unreasonable and cruel demands.

Back in the 1960s, when homosexuality and abortion were being decriminalised, arguments in the Houses of Parliament were far more overtly religious. The Lord's name would be invoked and the churches would insist that their Bible-based doctrines must be retained in law.

They lost those arguments – as well as many of their parishioners. In an age of reason the churches seemed completely out of touch and, sometimes, off-the-wall.

Why on earth, people began to ask, do they oppose contraception (which was legalised only in the face of strong religious objections in parliament). And why did they oppose the legalisation of cremation for dead bodies when the graveyards were full? (The body must be intact, said the bishops, so that it can rise again on the Day of Judgment).

They opposed the introduction of IVF and even artificial insemination – but were reluctant to say that it was because it defied God's will.

Having heard the sniggers every time they invoked "the word of the Lord", the episcopal lobbying tactics have changed. The religious bodies who try so hard to ensure that their privileges and influence remain unchanged have been forced to use the back door for their arguments. They know it would be counterproductive to be honest about the real reasons they oppose something that most people regard as an opportunity to relieve horrendous suffering.

MPs and peers, many of whom claim to be religious themselves, are increasingly rejecting the arguments of the bishops. And that's because once you take God out of it, the inherent dishonesty shines like a beacon.