A duty to mock 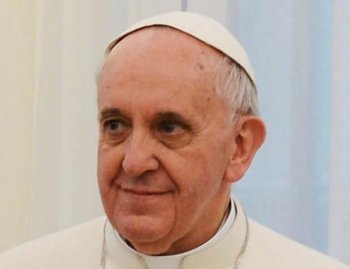 Manfredi La Manna argues that the response to the Charlie Hebdo murders has exposed unpalatable truths in both the conservative and progressive camps.

The latest cack-handed intervention by the Pope, exempting religions from the list of acceptable targets for criticism and ridicule, while at the same time justifying religion-inspired retaliatory violence, is a powerful reminder that all religions, irrespective of their degree of barbarism and superstition, fear the emotional punch of satire even more than the cold force of logical argument. And for very good reasons.

Even more worryingly, the response from the liberal side has been timid at best and intellectually cowardly at worst (with occasional references to 'free speech fundamentalism'). Only a handful of commentators (Nick Cohen and Jonathan Freedland, for example) have hinted at the elephant in the room – the muted criticism of Islam is due chiefly to fear of violent physical reprisals – without asking why it is there at all. Even the most robust defences of free speech against religious-inspired terrorism speak of freedom of expression as a fundamental human right. None, as far as I can see, have referred to the criticism and the ridicule of religions as a duty of every liberal-minded individual. Before explaining why, a little puzzle may provide some background to my argument.

Consider the following eye-witness account of religion-inspired barbarism (I have redacted some salient words):

"In *** a young man, ***, was condemned and found guilty, together with other youths, of blasphemy and sacrilege. He was accused of causing damage to a ***, of singing anti-religious songs, and of showing disrespect to a religious procession. ***'s room was searched and a number of compromising books were found, including, it was alleged, *** ***. At the ensuing trial it was suggested that this book had exercised a corrupting influence on the young man, who was condemned to have his tongue torn out, to be beheaded (a concession, because he was a ***) and to have his body burned on a pyre along with a copy of the *** ***. This sentence was confirmed by a court in *** and *** was executed on the 1st of July ***, his body burned along with a copy of *** ***."

Where and when has this act of unspeakable cruelty as state-sanctioned punishment of the mildest expression of religious criticism taken place? Which repressive society burns books and tears tongues out? The above account does not refer to some Islamic theocracy or to some mediaeval Christian outburst of anti-heretical witch-hunting. It refers to a well-known episode in French history, which took place on the 1st of July 1766 in Picardy (with a subsequent trial in Paris). The unredacted text reads:

"In Abbeville in Picardy, a young man, the chevalier de La Barre, was condemned and found guilty, together with other youths, of blasphemy and sacrilege. He was accused of causing damage to a crucifix, of singing anti-religious songs, and of showing disrespect to a religious procession. La Barre's room was searched and a number of compromising books were found, including, it was alleged, [Voltaire's] Pocket Philosophical Dictionary. At the ensuing trial it was suggested that this book had exercised a corrupting influence on the young man, who was condemned to have his tongue torn out, to be beheaded (a concession, because he was a gentleman) and to have his body burned on a pyre along with a copy of the Pocket Philosophical Dictionary. This sentence was confirmed by a court in Paris and was executed on the 1st of July 1766, his body burned along with a copy of Pocket Philosophical Dictionary."

Notice the date (1766), over 100 years after the foundation of the Royal Society (the oldest scientific society in the world) and four years after the publication of Rousseau's 'The Social Contract' , the place (France), one of the most culturally advanced nations at the time, and the book (Voltaire's Philosophical Dictionary), hardly an incendiary indictment of Christianity.

The barbaric execution of chevalier de La Barre shares many features with the brutal murders of the defenceless Charlie Hebdo staff by Islamists, but whereas the 1766 incident spurred intellectuals like Voltaire to redouble their criticisms and ridicule of religion, the 7th of January 2015 massacre has prompted legions of 'liberal' commentators to urge for restraint on the excessive use of free speech and to state that 'we need to cultivate a climate of respect for each other's religions'.

The reason why in France people are no longer persecuted for criticising and mocking religions was not the establishment of a 'climate of respect for religion', but rather the establishment of the secular principle of freedom to criticise, expose, and ridicule religious beliefs. Every single human right advancement in what we call Western civilisation has been fought against religion, not by appeasing it. Like Voltaire, I would defend the right of religious individuals to entertain the most absurd beliefs, from monkey gods to immaculate conceptions, from talking bushes to winged horses ascending to paradise. In return, I expect, indeed I demand, that my right to expose the absurdity of their pathetically irrational beliefs is left unchanged. There is no such thing as free speech fundamentalism, other than in the trivial sense that free speech is a fundamental right.

An interesting asymmetry can be noted here. Why do the religious appeasers vastly outnumber the unblinking critics and mockers of religions? With very few exceptions (the much-missed Christopher Hitchens being one), the secular side of the story is left untold and for a very simple and powerful reason: one of the greatest achievements of Western civilisation has been the decoupling of intellectual and physical courage. Whereas in religion-dominated societies the urge to challenge conventions, established ideas and norms could find expression only if coupled with a large dose of personal physical courage, nowadays the willingness to die for one's ideas and ideals is no longer required from intellectuals (or from anyone else).

As a result, secular liberal societies produce men and women of ideas who are totally unprepared to face the new and real threats to their personal incolumity. Far from being a failure, this should be celebrated as a great achievement. I would have thought it was a duty for political and social commentators to remind us of how this has been achieved and who fought against it, as the answer is desperately relevant to the current debate on free speech. Perhaps another little quiz may displace some unwarranted complacency. Which religious ruler issued over 48,000 fatwas (un-appealable sentences used as instruments of oppression) in his 17-year rule? If you are thinking of some Islamic ayatollah, you are on the wrong track. The religious oppressor is none other than the 'gentlest and mildest' (in Henry Fielding's apposite description) Cardinal Fleury, the de facto prime minister of France from 1726 to 1743. His fatwas, or lettres de cachet, are best described in Henry Fielding's inimitable prose:

"Give me Leave, therefore, to inform you, that the Person of a Frenchman is so far from being protected by their Laws from Imprisonment that they are every Day liable, without any Crime, nay, without any Accusation, to be seized by the Authority of a Lettre de Cachet, and conveyed not only to Prisons, but Dungeons, where their Friends and Relations neither know the Places of their Confinement, nor if they did, would have any Method of obtaining their Discharge, (however innocent) nor even of procuring Access to them. And as they may be sent to these Prisons without any Accusation, so may they be detained there without any Trial, often for many Years, and sometimes to the End of their Lives, however long Nature may be able to struggle with all the Miseries, Wants, and Inclemencies of a noisome Dungeon." (A Serious Address to the People of Great Britain, 1745 – any resemblance to Guantanamo Bay is purely coincidental.)

France has moved from religion-inspired arbitrary justice and judicial murder to the secular liberal country it is today not thanks to the cultivation of 'a climate of respect for each other's religions' as religious accommodationists would have us believe, but by upholding the principle of laïcité, relegating religions where they belong, to the sphere of personal beliefs, and excluding them from the realm of the political and the legal.

This is why the direct beneficiaries of free speech, first among them journalists, commentators, and 'engaged' intellectuals, should discharge their duty of keeping alive the long tradition of relentless criticism, mordant ridicule, and fearless mockery of religions, because it is precisely thanks to this criticism, ridicule, and mockery that we have freed ourselves from the yoke of theocratic dictatorship.

Dr Manfredi La Manna is a reader in economics at the University of St Andrews. This article was originally posted in Scottish Review and is reproduced here with permission.