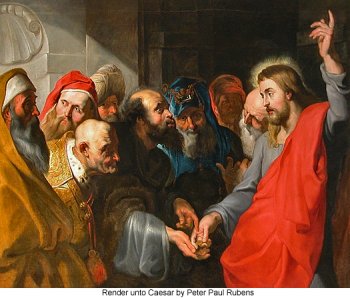 The Church of England was in the news again last week as it tried to prove its relevance to 21st century Britain.

After the embarrassing PR fiasco over its investments in payday lender Wonga, the Church has led with its chin again (to maintain the current popular theme of Christian pugilism). It has published a series of essays under the title 'On Rock or Sand?' Which on the one hand attacks the Westminster Government (the current one that claims it 'does God') for its record on tackling inequality and poverty, and on the other condemns modern Britain's selfish focus on consumerism and individualism.

Initial reaction was less than positive, to put it mildly. Writing in the Times, Sky political editor Adam Boulton referred to last year's YouGov and Lancaster University research into the church's shepherds and their flock. According to Linda Woodhead, the professor in charge, they found a "gulf between recent church statements on welfare and the attitudes of a majority of churchgoers in the C of E". The study found that almost three quarters (74%) of Anglicans believed that the benefits system created a culture of dependency but less than a third of their vicars agreed with them. There was a mixed bag of reaction on the Thinking Anglicans website, with one contributor stating the Archbishops' statements were "biased, unfair and totally political." Another commented: "the legislation requiring compulsory Christian prayers before all local government meetings will certainly be good at driving out non-Christians, but it's a bit difficult to see how it fits with the professed desire to fight for equality."

It only took 24 hours for the claim to the moral high ground to unravel. The launch of the campaign took place on Monday 13th January, and on the 14th the BBC carried the story of a vicar's daughter chaining herself to the railings of a church building close to Westminster Abbey, in the latest protest at the Church Commissioners' plans to build a retail park in Leighton Buzzard. The doughty Ms Victoria Harvey, a Friends of the Earth supporter, was unforgiving in her criticism, saying "It is disgraceful the Church Commissioners are breaking their ethical policy for a quick buck at the expense of our local community." Her father, the Reverend Dr Anthony Harvey, added to the chorus of disapproval as he felt "bound to protest" at the Church Commissioners abandoning their mission to be a "model of a mutually dependent and caring community".

This was the second protest about the Church Commissioners' plans, after the first in May 2014 outside Westminster Abbey. The Commissioners said then that the proposed development would: "provide a much-needed facility for the town, attract new inward investment and create a large number of jobs for local people". But the locals were convinced it would kill the town centre by taking a minimum of £2m in trade from it. Responding to this week's protest, the Church Commissioners' head of strategic land investment, said: "Our guiding principle from the outset has been to offer real retail choice in Leighton Buzzard, which complements the town centre offer."

These words and this proposed development of 5 shops and a restaurant might come as a surprise to those lectured the day before by Archbishops Welby and Sentamu on the evils of the consumer society. That a religious institution needs a "head of strategic land investment" may raise one eyebrow, but when the same institution condemns retail consumerism one day and its own clergy condemns its retail development plans the next, then both eyebrows should be raised. It's a bit like Alcoholics Anonymous condemning the evils of alcohol while building pubs.

But the Church cashing in on the very consumerism it condemns is nothing new. The Church Commissioner's most recent report shows it still invests in the Gateshead Metro centre, the construction of which it originally financed. The Metro Centre comprises over 300 shops and 1.9million square feet of retail space. In October 1995, it was sold for £364m, although the Church Commissioners continue to receive 10% of the net rents. It also had a hand in developing Cheshire Oaks in Ellesmere Port, the first and largest Designer Outlet retail centre.

In the middle of the recession, another of the Church Commissioners' reports boasted that its Hyde Park Connaught Village development was to focus "on boutique fashion, specialist retailers, galleries and high quality restaurants" and announced "a number of exciting new retailers" to be added. The Church also increased its investment in retail warehousing, which it saw as a growth opportunity.

And so it has proved. By the end of 2010 the Church of England's assets had increased from £4.8bn to £5.3bn and now stand in excess of £6bn. Over the past 20 years its investment fund has achieved an average return of RPI +6.7% per annum, and in 2013 it grew by 15.9%. That's not bad going for any business in very poor trading conditions, far less one primarily (we think, anyway) in the religion business.

One reason for this success, aside from its massive ongoing investment in 'evil' consumerism, is the Church Commissioners' investment in private equity. As then Archbishop of Canterbury Rowan Williams was criticising fellow Christian PM Gordon Brown for maintaining a society "driven by unsustainable greed", the Church Commissioners were switching huge sums to this asset class. Before the banks became our whipping boys of choice, the amoral asset-stripping city spivs were the private equity companies, condemned by the TUC for using huge levels of debt and excessive management incentives to achieve their goals. However, this didn't deter the Church raising its investment in 2008 by £61.5m, no doubt due to its private equity funds portfolio generating a whopping 34% return in 2007, against a total return for the entire portfolio of 9.4%. For 2013 it returned 13.4%. Its latest available report states: "Over the long term our private equity portfolio has significantly outperformed quoted equity markets and we plan to expand the allocation to the asset class significantly over the next few years." Rowan Williams said Brown's plan to spend his way out of a recession was akin to an addict returning to a drug. Clearly the Church's drug of choice is private equity.

The Church has also been criticised for having a stock lending programme, a practice used for short-selling, and has also traded in debts, with the Commissioners selling a £135m mortgage portfolio in 2007. In 2009, it had an investment of over £60m in Tesco and Unilever, who have shared last place in the ethical ranking of Britain's top 100 companies. At the end of 2013 it still had both in its top 20 equity holdings. It also continued to have £39m invested in HSBC, a bank whose contribution to banking scandals we commented on here, and £18m in Lloyds Banking Group which was fined a record £28m by the Financial Conduct Authority last year. This was for creating a "culture of mis-selling among its branch staff – a culture so focused on the sale at any cost that it drove some to sell products to themselves to meet targets and spare them the axe or a salary cut." The Commissioners state in their latest report that they were part of the successful consortium bidding for a branch network of RBS. "We see this as both an exciting investment opportunity and also the chance to create a 'good' bank," they said, while omitting to point out that for the time being at least they will also remain invested in 'bad' ones.

The Church's much-vaunted ethical investment policy has been consistently exposed in other areas. To cite just one example, Ekklesia reported that it failed to prevent investing in Caterpillar, the US company that makes the bulldozers which are exported to Israel and have been used in the illegal mass demolition of Palestinian homes. When the Church finally did sell its shares after pressure from, among others, its own General Synod, it stressed that it did so for financial and not ethical reasons "thus revealing that it sees finance and ethics in two categories. That is dangerous and un-theological dualism".

As Ekklesia further opined, "this all makes the Church's ongoing criticism of city bank robbers, greed, unregulated capitalism, debt and short-selling, ring rather hollow. It also sadly undermines any proposals the Church may come up with for substantial change in a system in which it is itself deeply immersed."

Another system in which this £6bn business is deeply immersed is Government hand-outs, in the form of what might be called tax amelioration rather than tax avoidance. When the Government announced it would end the zero-rated VAT concession on church repairs, the resulting outcry led to the Chancellor setting aside £30m per annum to continue to subsidise the practice, on top of £12m already provided to the Listed Places of Worship Grant Scheme. Which among other things provides funding for auto-winding turret clocks, pipe organs, bells and bell ropes. These are clearly items that a £6bn business empire can't really afford to buy for itself. In December, a further £15m was set aside for cathedral repairs, which the Church "wholeheartedly welcomed".

That's £57m in Government subsidy for Christianity, to an established Church with assets exceeding £6,000,000,000. Don't forget this is the same Church that denounced the likes of Starbucks, Amazon and Google for tax avoidance.

Perhaps the final irony can be found in the Church's aforesaid new book, "On Rock or Sand?" – available from Amazon priced £6.99, for all you evil consumers out there. Our established Church's latest report on inequality and poverty advocates a new redistribution of wealth, quoting the slogan popularised by Karl Marx: "From each, according to his resources, to each, according to his need." Does practise what you preach come into it, anywhere? Or perhaps Matthew 6:21 is more appropriate – "Where your treasure is, there your heart will be also."