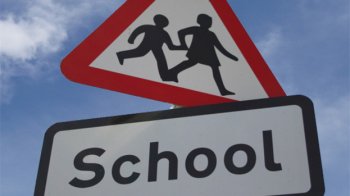 Politicians are in denial over the problems caused by "faith schools" and religious influence in education, argues Terry Sanderson.

The National Secular Society has been saying it for years – "faith schools" are a bad idea. And despite the events of the past few months in Birmingham, the simple message still hasn't got through to the politicians who are responsible for the education system: religious schools are the problem, not the answer. The Church of England is about to launch another great tranche of schools that they'll run but the taxpayer will pay for.

Under the Gove regime, with its promotion of academies and free schools, which give religious proselytisers virtual carte blanche to promote all kinds of questionable religious ideologies, the situation has worsened.

With a host of religious proselytisers out there desperate to get access to those pesky children who obdurately will not attend their churches and mosques, the free schools and academies are – in their terms – a God-send.

We reported last year on the seemingly endless parade of conservative Christian organisations that are given free access to schools to evangelise. We have exposed the Church of England's own "Trojan Horse" –style plan to up the religious input in its schools.

And since then there we have received a steady flow of emails from parents who are astonished and alarmed about what religious messages their children are being exposed to in schools.

When you give religious schools freedom to teach what they like, as Mr Gove has done, there will always be the temptation among some to abuse it. They will teach creationism, they will invite in hate preachers, they will begin to run the schools as if they were churches or mosques or madrassas.

After protests from secularists, Mr Gove said that he would forbid the teaching of creationism in science classes, which seems like progress. Of course, he has not been able to entirely police that and depends on whistle-blowers to bring cases to his attention. How can he possibly know what's going on in all the tens of thousands of schools doing as they please with only his blinkered oversight from his desk in Whitehall?

The problem is that Mr Gove, like all Education Secretaries before him, thinks that "faith schools" are marvellous. They all looked at the results and said: "If the rest of the education system could perform like this it would solve all our problems."

The problem is that research has shown more than once that "faith schools" don't achieve what they do because of their "religious ethos", they do so because of their ability to select and discriminate. Parents don't really care about the "religious ethos", they just want a good education for their children. If that means they have to feign religious belief and go to church and tell lies to the vicar, then they'll do it.

Ah, you say – but the schools in Birmingham at the centre of the so-called Trojan Horse fiasco were not faith schools. They were community schools.

Yes, that's true. And it seems that some of the parents at these schools want their children to have a hard-line, separatist, Islamic education. They don't see it in those terms, of course. To them it seems perfectly reasonable to raise pious, conservative children who are contemptuous of the immoral culture in which they find themselves and so avoid engaging with it. There was a good analysis of how this came about in the Telegraph.

Some of these ultra-traditionalist parents, determined to have what they see as a pure and unsullied view of Islam foisted on to their children, as it was foisted on to them, have become governors at the schools. They have gone about ensuring that they get the kind of "ethos" that they want. In some schools that means no art, no dancing, no music. Girls are required to wear head dresses and to sit separately (often at the back of the class) from boys.

Some young people were brave enough to say to a Sky News reporter that they thought their lives were restricted by the school.

But the very existence of "faith schools" of any description means that the place of religion in schools is going to be guaranteed.

If our school system were to be secular, it would be easier to control the input of extremists anxious to inculcate their ideas into young minds.

As it stands, "faith schools" open the door for all kinds of undesirable and inappropriate behaviour.

Apologists for "faith schools" have made the case for years that not only are they harmless, they are desirable and superior.

Their emollient words have worked for them in the past and have convinced enough. But now the tide of public opinion is beginning to become a bit more questioning.

The Church of England has felt rather pleased with its relationship with this Education Secretary. They have encouraged his enthusiasm for ever more "faith schools".

But even they are beginning to see the tide turning. They are gradually dropping references to "faith school" from their own institutions and are now increasingly referring to them again as "church schools". This, they hope, will help distance them from what has happened in Birmingham.

Now they have announced that the next large tranche of 'church schools' won't operate the same religious selection as previous Church of England schools have.

It could be regarded as a finger-in-the-dyke exercise, an effort to fend off criticism about the outrageous privileges that it has in education. But it is too late.

The fundamental question is now being asked: why are we allowing churches, mosques and temples to run our schools? What possible purpose could it have other than to use our education system as a recruiting ground?

The argument that if we returned "faith schools" to community status the education system would go down the pan is fallacious. The fantastic teachers and headteachers who are the true miracle workers in these schools would not suddenly disappear from the system. The excellence could continue without the presence of vicars and bishops and evangelising groups who see schools as a happy hunting ground.

We've said it a hundred times before, and now the message is getting through to more and more people. Religion in schools really is a problem, and faith schools really aren't the answer.