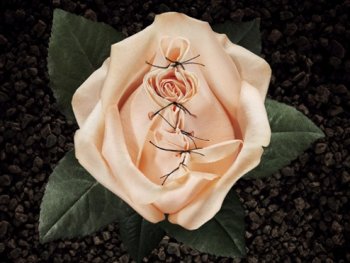 FGM is an intensely harmful practice that is endemic in a number of countries around the world, particularly in Africa. In Somalia, 97.9% of women aged between 15 and 49 are affected by it, in Guinea 95.6%, in Sierra Leone 94%, in Egypt 91.1%, in Eritrea 88.7%, and in Mali 85.2% of the female population undergo FGM. This practice cannot be tied to a specific religion; it should be seen in a wider context of 'culture' and 'tradition'. In Ethiopia, 74.3% of women have undergone FGM; 62.8% of the population there are Orthodox/Christian and 33.9% Muslim. Likewise, in Burkina Faso, where 72% of females have undergone FGM, 23% of the population is Christian and 60% Muslim.

In total, 140 million girls and women are living with the consequences of FGM across the world. Some of the long-term consequences include internal infections, complications in pregnancy and child birth, psychological damage, and sexual dysfunction. FGM ranges from cutting off a girl's clitoris to cutting off all of her external genitalia (sometimes with a shard of glass or razor blade). She might then get sewn up, with a tiny hole through which she can urinate, and later menstruate. It is seen in some cultures as a desirable proof of virginity and cleanliness. There is also a belief that FGM can reduce a woman's libido, and thus the chances of her having extra-marital sex.

As ever, it seems to derive from two places, both of them also common to traditional conservative religious culture: one is the compulsion to control the woman's sexuality, to undermine the ownership she has over her own body and sex; the other, is a simple disgust of women. From Eve the transgressor and the identification of the woman as the source of human original sin, to Orthodox Jewish men not touching their menstruating "ritually impure" wives (who then have to clean themselves in specific, designating bathing areas), to this, FGM.

Now, before you start thinking that this is some distasteful 'foreign' practice, beyond the comprehension of 'Western' values, you should know that not only are there 65,000 women living with the consequences of FGM in the UK, but 20,000 girls under the age of 15 are at risk of it here each year. And it doesn't end there. Women are actually being sent to the UK to be mutilated, from countries such as France. Makes you proud to be British, doesn't it?

So what is the UK government doing about it? Well, the practice has been illegal in the country since 1985. Despite this, there has never been a prosecution or conviction relating to FGM in the UK since it was criminalized. Between 2008 and 2009 almost 160 incidents were recorded. Still, no convictions. The practice has been illegal in France since the mid-eighties also. However, there they do prosecute people for it: some 100 parents and practitioners of FGM have been convicted in France since it was banned. Just last month in Spain, two Gambian parents were sentenced to six years in prison for having a clitoridectomy performed on both their daughters.

Young girls in the UK are sometimes taken to their countries of origin so that FGM can be carried out during their summer holidays, allowing them time to heal before they return to school. Apparently this is, rather gruesomely, called the "cutting season".

The idea that we implicitly help this practice happen by allowing families to take their girls abroad during the holidays is disgusting. The idea that we may even be allowing the practice on British soil is horrific. How can we as a society stand blind to this practice, on grounds of 'difference' or 'culture'?

A number of women speaking out against the practice in the UK are getting attacked for doing so.

There are those who argue that FGM represents a specific cultural heritage, that it is a misunderstood practice unique to a non-western culture. Where preventing FGM for females represents an imperialist denial of what it is to be a liberated woman within that culture.

These spurious claims of cultural autonomy immune from critique and intervention are offensive to those of the same culture who do not perpetrate such crimes against their young girls. This sort of cultural relativism also completely ignores the permanent context of the subjugation of woman within many of these communities.

Whilst FGM is not a strictly secular issue, in so far as it is not uniquely tied with religious doctrine or permission, its facilitation in the UK comes within the same sort of context that allows for the undermining of equality and human rights by religious practices such as Sharia law. Exceptionalism of this sort is unable to provide any rational basis for its legitimacy. Whether grounded within the religious context, the cultural context, or one based on mere tradition, it is not sufficient for practices like these to be defended simply on hazy and vague notions of culture and tradition that are particular to some, and apparently "incommensurate" with so-called "Western" values (for "Western values" read Human Rights - rights that have been agreed to by countries throughout the world in various UN conventions and resolutions). This type of defence, incapable of being grounded in reason or universalizable justification, and has no place within any secular legislative space seeking to uphold the basic human rights of women.

FGM is a despicable violation of a young girl's body; it is a hideous attempt to control her as a woman, her sexuality, her self. It is simply not enough for the government to state that FGM is illegal in the UK; what matters surely is how many cuttings are prevented. One of the most prescient and depressing comments on the situation comes from a question posed by Muna, a Somali-born schoolgirl living in Bristol, in a BBC article last year; she asks simply, "What would you do if the girl had blue eyes and blonde hair, would FGM still be carrying on in the UK?"