The issue of disestablishment won’t go away 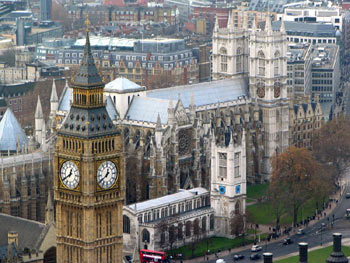 The influential international business magazine The Economist carried an editorial last week calling for the Church of England to be disestablished – and for the influence of religion on the state to be reduced. The editorial said:

Most European countries that are Christian by inheritance have seen a decline in traditional religious observance. Many have opened their doors to devout Muslim minorities. The result is often a confrontation between Christianity and other faiths, and between religious values and secular ones.

In Britain's case, three extra complications exist. First, more than anywhere except perhaps America, the law is an integral part of Britain's sense of self. The Magna Carta is a founding myth. When defining "Britishness", the rule of law and fair play are among the first things Britons mention to pollsters. So suggestions that entire groups should be able to contract out of bits of the law do not go down well. The archbishop did not say quite that, of course. He is right to point out that plenty of legal matters are already decided outside the established court system, some of them in sharia tribunals. But he called the principle of one law for everybody "a bit of a danger".

A second strain in relations between church and state in Britain is that the government relies increasingly on religious and other "third-sector" groups to help it deliver social services. This is not necessarily a bad thing, but it has highlighted conflicts between religious aims and public policy. Some state-financed "faith schools", for example, are wrongly allowed to take religion into account when selecting their students (and headmasters). State-subsidised Catholic adoption agencies have refused to place children with gay adoptive parents, though that sort of discrimination is now illegal. The trend in these and other cases is to reduce the room for large-scale religious exceptionalism.

The third complication is that England has an established church whose authority has been intertwined with the states for five centuries. The powers of the Church of England have been trimmed and privileges have been granted to other religions. Yet although a mere 1.7 million people attend its services regularly, its special status endures. The queen is its head; Parliament approves its prayer book; and only last year did the prime minister relinquish the right to select its bishops, 25 of whom sit in the House of Lords.

Faced with this anomaly, the archbishop proposes to expand the privileges of all religions. It would be better instead to curtail the entitlements of his one. It makes no sense in a pluralistic society to give one church special status. Nor does it make sense, in a largely secular country, to give special status to all faiths. The point of democracies is that the public arena is open to all groups—religious, humanist or football fans. The quality of the argument, not the quality of the access to power, is what matters. And citizens, not theocrats, choose.

Disestablishing the Church of England does not mean that it has no public role to play. America's founders said there should be no established religion, but religion shapes public debate to a degree that many in Europe find incomprehensible. Let religion compete in the marketplace for ideas, not seek shelter behind special privileges. One law for all, with its enlightened insistence on tolerance and free speech, is not a "bit of a danger". It is what underwrites the ability of all religions to go about their business unhindered.

In response, Simon Barrow, co-founder of the Christian "think-tank" Ekklesia wrote: "Establishment creates an environment of privilege and exemption, but removing this does not automatically solve all other issues about religion. Rather, it provides a clearer distinction between voluntary association within civil society, in which faith groups have an important role to play alongside others, and formal mechanisms of governance which should aim at a level playing field for all - irrespective of differences of belief."

The think-tank also says that the Church contradicts its own founder's rejection of power and prestige when it seeks to secure special advantage for itself, and that this brings discredit on its message and standing in wider society.

"Defending something unfair and anachronistic in the interests of self-preservation hardly constitutes a positive witness to a Gospel which is supposed to be about the power of love overcoming the love of power," says Barrow.

At the Church Times, the case for keeping the Church established was made by the Canon Librarian of Norwich Cathedral, Rev. Peter Doll. He argued that an established Church was all that stood between justice and tyranny. He wrote:

It is not healthy for nation states to have ultimate religious claims over their citizens. States exist to protect the rights and freedoms of citizens, not to betray them to unaccountable corporate control. Such ultimate claims leave the people with no protection from tyranny, whether of a democratic majority, a messianic dictator, or a multina-tional monopoly.

A state with an Established Church, however, has built into its DNA the conviction that human society and government must be subject to a higher-than-human authority. The Church and the monarch whom it anoints have the responsibility to witness to the eternal judgement of God's coming Kingdom of love, mercy, and peace, in its churches and in the corridors of power. If barely fettered public and private powers collude, what other protection do we have?

Meanwhile, a constitutional committee in the Welsh Assembly has said that even though the Church in Wales was disestablished in 1920 there are still areas of law where the break was not complete. It was an examination of the constitutional implications of gay marriage that uncovered remaining church-state anomalies. Ministers at first suggested an opt-out given to the Church of England also applied to Wales.

That was later altered, but even if the Church in Wales decided to allow same-sex marriage in future, the Lord Chancellor would still need to introduce the change. There are also issues related to burials.

David Melding, the Conservative AM, who chairs the constitutional and legislative affairs committee, said: "I was astonished that an Act of Parliament from the Edwardian era had come back to haunt us. I certainly had assumed that the Church in Wales was disestablished – that's an axiom of modern Welsh history. But apparently not. In two important areas — there may be more that we don't know about — disestablishment is far from complete in Wales, in marriage policy and also in the law in relation to burial."

The Church in Wales admitted the situation was "unusual" but had not considered whether it should seek to change its status in relation to the marriage law. The Church said it was invited to participate in the committee's discussions on its legal status. It said the Archbishop of Wales Dr Barry Morgan was pleased to give evidence during a "constructive and interesting exploration of the issues involved".

"The Church in Wales has not considered the issue of whether it should seek to change its status in relation to the marriage law," it said in a statement. "However, it would welcome any assistance the Welsh government is able to provide in easing the burden on our parishes of maintaining our burial grounds, which are open to all in the community, and to disused burial grounds which cannot be handed over to local authorities as in England."

This illustrates what a complicated business disestablishing a state church can be. The entanglements that have accumulated over centuries can go very deep, and even if there is a will to do it (which there isn't in England), it can still take decades to complete the process.

Terry Sanderson is president of the National Secular Society