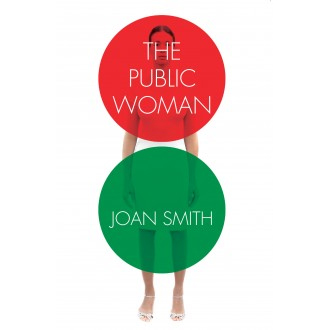 In her book The Public Woman (The Westbourne Press, 2013), published this month, Joan Smith catalogues the various forms and dimensions of control, coercion and misogynist abuse of women in the UK and beyond. Her book seeks a reconfiguration of the public space; it calls for a space in which women are protected and free of coercive and controlling forces. Arguing for women's rights to be understood as human rights, Smith makes an appeal to the state to act as the rightful guarantor of those rights.

Smith's starting point is the observation that despite the various kinds of political freedoms women have in the Western world, our culture and our public space is still imbued with, and permeated by misogyny. She defends her assertion by examining, in an effectively disinterested and unrelenting way, accounts of some of the prevalent and horrific forms of violence against women (such as 'familicide', honour killings, and the targeted killing of women within the domestic context), and by discussing other forms of coercive control of the female's body and her sexuality (such as through the veil, prostitution, and most gruesomely, female genital mutilation).

Smith also looks at a number of public women (e.g. Katie Price, the Duchess of Cambridge, Amy Winehouse, Amanda Knox), tracing how they have been portrayed by the media and how they have had to adapt so as to become a blank screen upon which the public can project its fantasy of what a woman should be. In a chapter on the Duchess of Cambridge, Smith describes the woman as a visibly shrunken, silent and bland vessel; never having had a career, appearing only in a supporting role to her husband, unambitious and uncontroversial, she is portrayed as the ultimate royal "wag".

What is effective about Smith's style is that she manages to communicate and establish, by articulating her narrative through a flowing and lucid polemic, the non-institutionalised forms of control of women by men. Her method of revealing misogyny through case studies, language and media analysis helps show how the effort to ensure the upholding and enforcement of women's rights is undermined not just by inadequate legislation but also persistently by cultural, social, linguistic and perceptual forces. She leaves the reader with an understanding of the cultural, pervasive and insipient forms of oppression and misogyny ever-present and ever-threatening to the woman within the public, and indeed private, realm.

In a particularly subtle and well-argued chapter on the veil, Smith highlights the close connection between the full veil and the sexualised naked female form; she notes that "the two states, naked and fully veiled, are not that far apart because each of them makes an issue out of sex", arguing that the full veil sexualises the entire body, with the only characteristic identifiable about the woman being that she is a woman.

In conjunction, Smith observes the link between the presence of the veil and increased sexual harassment - noting that the experience of women across the Middle East and North Africa has shown that veiled women are as likely, and sometimes more likely, to be assaulted than those in 'Western' dress, disproving the obnoxious claim that women who cover themselves are protected.

Smith's analysis does, however, suffer from an underlying idealisation and essentialising of the 'woman'. This comes in a number of forms throughout the book, but one more obvious is Smith's contention that the mere presence of women will go a significant way to furthering the rights of women. In one chapter, she asserts a link between democratic participation by women and the protection of women's rights, where "the lack of laws protecting women is a direct result of the low numbers taking part in political decision-making in the Middle East". Whilst instinctively this an appealing line, it should be noted that in terms of women's representation in Parliament, a country such as the UK is actually behind the likes of Sudan, Iraq, and Afghanistan, and on a par with Pakistan – none of which are the friendliest of countries to women. Despite the many problems in Britain and its relatively low number of women in Parliament, it is nonetheless decades ahead of these countries in terms of women's equality.

It is not just the sketchy empirical grounds that are problematic in terms of Smith's argument, but the fact that it rather assumes women as having homogenous needs which only women, as women, can understand and meet. This type of essentialist feminism is unhelpful in its inherent perpetuation, theoretically as well as practically, of the perceived segregation of women and men. Indeed, it rather goes against her emphasis on women's rights as human rights. Smith runs the risk of speaking only to female feminists and not all those feminist men who could help instigate change. What we need are feminists within the political sphere moulding legislative and cultural change, whether women or men. We need people serious about women's equality and their protection within the public arena. As Smith herself notes, the one female Prime Minister the UK has had, Margaret Thatcher, did little to further women's interests.

The tension that can exist between democratic choice and human rights is made evident here; there are a lot of people in the world, including women, who reject, at the ballot box, a women's right to equality. Women's rights should not be subject to, or decided by, democratic consensus.

It is also worth noting that in countries such as Somalia where the practice of female genital mutilation is at 97.9%, it is women who organise and enforce the practice. Of course, it can be argued that they do so as a result of male patriarchal pressure, but where the agency of a woman starts and where her false consciousness ends is a tricky thing to identify.

Smith seems a little reluctant to confront how tricky this central issue is; for whilst she assumes it is possible to identify whether a women wears a full-veil out of choice, she correlatively believes that no woman who prostitutes herself can ever do so autonomously. She argues that "men who pay for sex are in reality buying power over other human beings". But whilst sex is so often about power, it is not clear that it is inevitably always the way round Smith presents it as; she does not confront the possibility that a woman might use sex, and indeed take advantage of the male's sexual appetite, for financial gain if she is in an autonomous and safe enough environment to do so.

The Public Woman presents an engaging, thoughtful and comprehensive exposition on the nature of the female eunuch today. Smith makes a compelling case and whether you agree with all of her arguments or not, her book is timely; last year saw the imprisonment of the members of Pussy Riot, the rape and fatal torture of a medical student on a public Delhi bus, the shooting of Malala Yousafzai by the Taliban, and the death of Savita Halappanavarin in Ireland following her being denied an abortion. Currently, there are 140 million girls and women living with the consequences of female genital mutilation globally (with 66,000 of those living in the UK) and 142 million girls predicted to be the victims of child marriage over the next decade. The Public Woman is a rousing piece, surveying the landscape of a war being fought over women's bodies and minds. Whilst reminding us of how much work there is to do in the area of women's rights and equality, The Public Woman also provides us with a compelling starting point in the fight…

'The Public Woman' is available to buy on Amazon