Constitution Unit says disestablishment will have to be achieved piecemeal 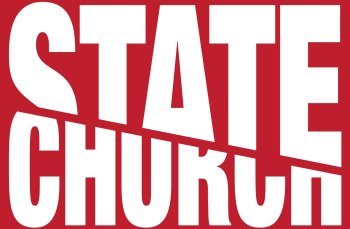 The Constitution Unit's latest newsletter recounts several events over the past few months that have strengthened the argument for a change in the relationship between the church and the state in this country. The National Secular Society agrees with the Constitution Unit that disestablishment is unlikely to be achieved in a single measure, but will have to be brought about piecemeal, as opportunities for reform occur.

We, as an organisation, have been at this since our inception in 1866. From the entry of our founder, Charles Bradlaugh, into Parliament and his creation of the Oaths Act, the Church of England's overweening privilege has been gradually diluted. Now, nearly a century and a half later, there is a real prospect of progress in the disestablishment process.

This is what the Constitution Unit wrote:

On 21 November last year, the Church of England rejected proposals to create female bishops (see Constitution Unit blog). Subsequently, the Commons agonised about the situation on 12 December and could agree only that it had 'considered the matter of the Church of England vote on women bishops'.

This limp conclusion at least negatived parliamentary voices wishing to legislate for women bishops against the wishes of the Church's Synod.

The government's announcement of its gay marriage proposals in early December provoked some further Anglican dismay. For many— if they noticed—the Church's continued struggle with gender and human sexuality issues epitomised the doubtfulness of its continuing relevance to a much-changed society.

Unsurprisingly, calls for disestablishment resurfaced upon publication of the Succession to the Crown Bill on 13 December.

The government propose to abolish one, but one only, of the remaining constitutional disabilities imposed on Catholics: under the bill, while a person will be able to marry a Catholic and remain in line to the throne, the rule that the monarch may not themselves be Catholic will not change. Further, the bill provides no relief for all others not 'in communion with' Anglicanism. Other provisions in the bill include the scrapping of male primogeniture and limiting required sovereign approval for marriage to the next six people in line to the throne only.

The government is determined to rush through the succession bill. This may prevent immediate further parliamentary discussion but will not close off continuing concerns about the Church's role. It remains to be seen how the course of that discussion will run.

Establishment reform may be best seen as a matter of securing particular change when opportunity arises, rather than railing against the concept as a whole.

There is no prospect of any government, now or in the foreseeable future, having the inclination to tackle disestablishment head on. The way it will be achieved is to challenge each of the church's privileges as it abuses and misuses them. We have made a start by getting rid of blasphemy law and we have seen small constitutional changes to the Act of Succession (although these are not enough) and at least a questioning of the role of the bishops in the House of Lords (Lords reform may be in the long grass at the moment, but it will not go away).

The NSS will continue to monitor the behaviour of the Church of England and to point out its decreasing relevance to the life of this nation. If there are opportunities to challenge the privileges that the Church of England enjoys, we will take them. We will not stop until the Anglican Church is in its rightful place – which is not as part of the state.