MPs and Peers don’t eat halal – but what about the rest of us? 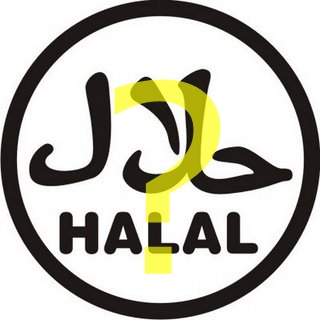 The Daily Mail this week made much of the story that neither the House of Lords nor the House of Commons serve halal meat in their restaurants.

Under the headline "We won't eat halal meat, say MPs and peers who reject demands to serve it at Westminster" the tabloid claimed "Muslim MPs and peers have been told they cannot have meat slaughtered in line with Islamic tradition because the method — slitting an animal's throat without first stunning it — is offensive to many of their non-Muslim colleagues".

In the interest of animal welfare, EU law, like UK law before it, requires all farm animals to be stunned before slaughter. There is just one exception – for religious slaughter.

The problem is that there is no requirement in UK law to disclose the method of slaughter in food labelling. As a result, many of us are unknowingly buying meat and meat products sold on the general market from animals that have been bled to death after their throats have been cut while fully conscious.

Many public bodies, including state schools, universities and hospitals serve up ritually slaughtered meat to everybody, often for reasons of convenience, sometimes to 'avoid causing offence to Muslims'. In effect, halal is often the standard and only option. Likewise, some fast food chains and leading supermarkets sell ritually slaughtered meat to unsuspecting shoppers.

For many, this issue raises concerns over religious liberty. Why should they be forced to follow (and subsidise) the rites and rituals of a religion to which they have no adherence – and may in fact be against their personal beliefs? Others with concerns over animal welfare rightly complain they are being denied the opportunity to avoid meat from animals slaughtered in a way they consider to be unnecessarily cruel.

The National Secular Society has consistently argued that religious groups should not be granted any special privileges or exemptions from animal welfare legislation.

Despite EU law granting exceptions for religious slaughter, member states can still refuse to exempt religious slaughter from pre-stunning regulations. The Dutch recently voted to do so, only to then reverse their decision in the face of vociferous religious lobbying.

In the UK, the Coalition Government has told the National Secular Society that it has no intention of outlawing halal or shechita slaughter, but it is considering welfare labelling of meat. However, when MEPs voted in favour of an amendment to European Food Information Regulation proposals last year which would have ensured the accurate labelling of meat from religious slaughter, the UK Government failed to support it, and the proposal was subsequently dropped when it reached the Council of Ministers.

The Jewish lobby group Shechita UK campaign in Parliament and in Europe against labelling, warning that the potential loss of income to the halal/kosher industry would make it uneconomic. This reason implicitly accepts a powerful argument for labelling: that a significant proportion of those buying meat that is not pre-stunned would not do so if they knew its source. Their argument assumes that it is acceptable to mislead the public in this way and that the necessity to subsidise the religious slaughter industry is more important than informing customers that meat they buy has been slaughtered in a way that they may not approve of.

It should be reasonable to assume that all meat and meat products sold on the open market are (unless otherwise labelled) from animals slaughtered in accordance with UK animal welfare laws, and not under the exemptions which permit a small number of Jewish and Muslim consumers to eat meat killed without pre-stunning in accordance with their religious beliefs. Unfortunately, no such assumption can be made.

The only way to shake the Government, schools, hospitals, supermarkets and food outlets out of their inertia on this issue is for consumers to make their feelings clear and to question them on their policies.

It's great to hear that MPs and peers can be sure about what they're eating, but it's time the rest of us demanded that meat from religious slaughter was labelled as such – so we too can make an informed choice.

Later this year the Government will be consulting on the implementation of an EU Regulation 1099 / 2009 on the protection of animals at the time of killing which will provide an opportunity to make your views on religious slaughter issues known. In the meantime you can Contact your MP requesting they push for legislative changes to end religious exemptions from animal welfare laws that permit slaughter of fully conscious animals, and to require that all meat and meat products from religious slaughter methods are clearly labelled as such.