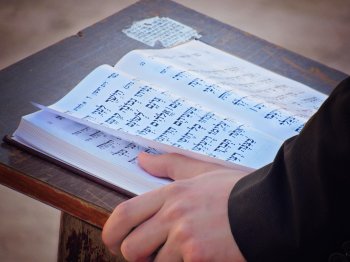 Talmud Torah Tiferes Shlomo, an independent Jewish school in London, was rated "inadequate" by Ofsted, who said pupils "spend most of the school day on their Jewish studies".

Ofsted said the quality of education at the school, which is for boys aged three to 15, is "poor" in a report published yesterday.

The inspection, which took place in May, was brought forward at the request of the Department for Education due to "concerns raised about the quality of education and pupils' welfare".

The report said pupils have lessons in English and mathematics but "do not learn any other subjects in depth". Pupils in Years 7 to 10 are not taught physical education, and do not receive high quality careers guidance. Some pupils "have stereotypical views about the jobs that women can do".

Pupils in Year 10 take GCSE exams in mathematics and English, but if they want to study other subjects at GCSE they must do this outside school, Ofsted found.

There are no regular extra-curricular activities and pupils only have "limited opportunities" to explore their interests and talents.

Ofsted said pupils do not have enough opportunities to learn about other cultures and religions, and the programme for personal, social, health and economic education does not include all the protected characteristics in the Equality Act 2010.

Schools are required to promote equality and pupils' understanding of the protected characteristics which are outlined in equality law. But many Jewish schools fail to do so because they have religious objections to teaching about LGBT+ people.

Inspectors were requested not to ask pupils about aspects of RSE, "specifically anything related to sexual relationships, sexual orientation and gender identity". Ofsted said there is "no evidence" pupils have an age-appropriate understanding of healthy relationships.

Jewish counter-extremism group Nahamu has demonstrated how the lack of RSE in strictly orthodox Jewish schools means engaged couples may not be ready for sexual relations and may lack knowledge of consent, abuse and rape.

Some Jewish faith schools illegally refuse to register with the Department for Education in order to avoid inspection so they can teach children an unsuitable faith-based education without oversight. A schools bill has been introduced in parliament that would introduce new powers to the government to close loopholes that enable unregistered schools to continue running.

National Secular Society head of campaigns Megan Manson said: "This case underlines the need for all schools, including independent faith schools, to be properly regulated.

"Even when they are registered with the Department for Education, some faith schools like this one attempt to break the law by offering an extremely narrow, religion-based curriculum which severely limits pupils' opportunities.

"Ofsted can tackle this by penalising schools that fail education and welfare standards.

"However, we know there are many faith schools kept deliberately and illegally unregistered because leaders do not want pupils to receive a secular education.

"That's why provisions to crack down on unregistered schools in the Schools Bill must become law, without being watered down."

Additionally, pupils are taught "hardly any British and local history".

Some teachers do not have any formal qualifications in the subjects they teach, including at GCSE, Ofsted found.

The report said a "minority" of pupils said they do not feel they can raise safeguarding concerns because they worry about how they will be treated. Ofsted said concerns raised by pupils during the inspection have been referred to "the appropriate agencies".

Image by Darelle from Pixabay