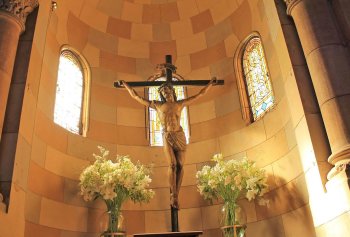 A United Nations committee has called on Chile to investigate all cases of child abuse in the Catholic Church following an intervention from the National Secular Society.

In its concluding observations on child rights in Chile, the UN Committee on the Rights of the Child (UNCRC) has urged Chile to establish "an independent, impartial, adequately funded truth commission to examine all cases of abuse of children in institutional settings, including within the Catholic church".

In April the NSS called on the UNCRC to recommend an official inquiry into institutional responses to child abuse, as part of the committee's upcoming review of each state party's record on children's rights.

The NSS said Chile had not responded to the UNCRC's request, prompted by an earlier NSS submission, for more information on developing strategies for preventing sexual abuse of children, including within the Catholic Church.

The names of around 360 people involved with the Church accused of child abuse have been recorded by an abuse survivors' network, and 33 religious orders are implicated.

The NSS said Catholic clerics appeared to enjoy "near impunity" from criminal law regarding abuse allegations, an endemic problem in South America.

NSS president Keith Porteous Wood said: "This is a welcome statement from the committee.

"The specific reference to the Catholic Church is encouraging because it is almost certainly the worst perpetrator of institutional child abuse in Chile. We are optimistic of the UNCRC's recommendation bearing fruit as Chile has a radical young new president and we have asked campaigners in Chile to follow this up politically.

"For over a decade, the NSS has submitted concerns about clerical abuse of minors in numerous countries around the world when they are being reviewed every five years by the UNCRC. The committee has increasingly taken our concerns on board. We continue to encourage the committee to hold states around the world to account where powerful religious institutions are guilty of enabling abuse."